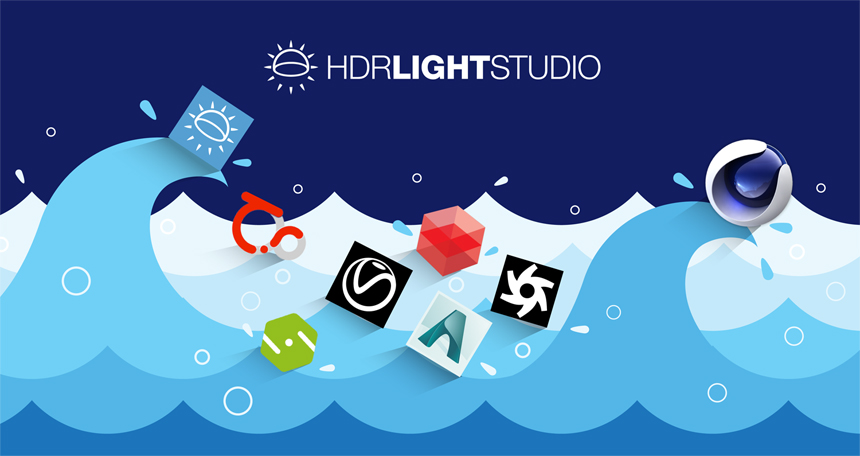 An unhappy customer recently emailed us. They were using an older version of HDR Light Studio and wanted to use it with the new Cinema 4D R20 connection. They couldn’t do this because the maintenance had lapsed on their permanent HDR Light Studio and Connection licenses and the last plug-in they were entitled to was compatible with Cinema 4D R19.

The customer felt that with other plug-in software they use – they buy it and get free compatibility updates when new versions of Cinema 4D are released. Then they pay for upgrades of the plug-in to get new features if they want them. So they felt our model was unreasonable.

After some attempts to reply to this email, I realized a couple of sentences were not enough to adequately explain why we have our current business model. So I decided to write a blog post to explain better. I’m taking the time to do this because I can see the customer’s point of view and have a lot of sympathy with it. I hope with a good explanation they will at least understand the challenges we face in developing HDR Light Studio and our plug-in connections, and how our business model supports this.

Rolling Software Development
So the first issue to explain is that Lightmap have moved away from major releases of HDR Light Studio and so we don’t sell upgrades. Our customers either buy 1 year licenses (a subscription), which allows them to use the latest software updates, or they buy permanent licenses that include 1 year of software updates. You can then purchase additional maintenance to keep the permanent software up to date.

Customers benefit because whatever time in our development cycle you purchase, you will benefit from a year of added features and compatibility. You don’t get this with the major release and upgrades business/development model, where you can narrowly miss out on a new version if you buy at the wrong time. It also benefits customers because we have more opportunities to update our software to support updated host 3D software and renderers.

So over the last year we have produced 4 new releases of HDR Light Studio, including new features and updated/additional compatibility. So in this customer’s case, they purchased HDR Light Studio 5.42, and got updates to Carbon Drop 1, Drop 2 and Drop 3 included in the 1 year of maintenance included with their initial purchase. The customer also got Cinema 4D R19 compatibility added during that time. Plus the continual updates to ensure the renderers were properly supported.

This leads me onto the reasons why you can’t use an old version of HDR Light Studio with a newer connection build. 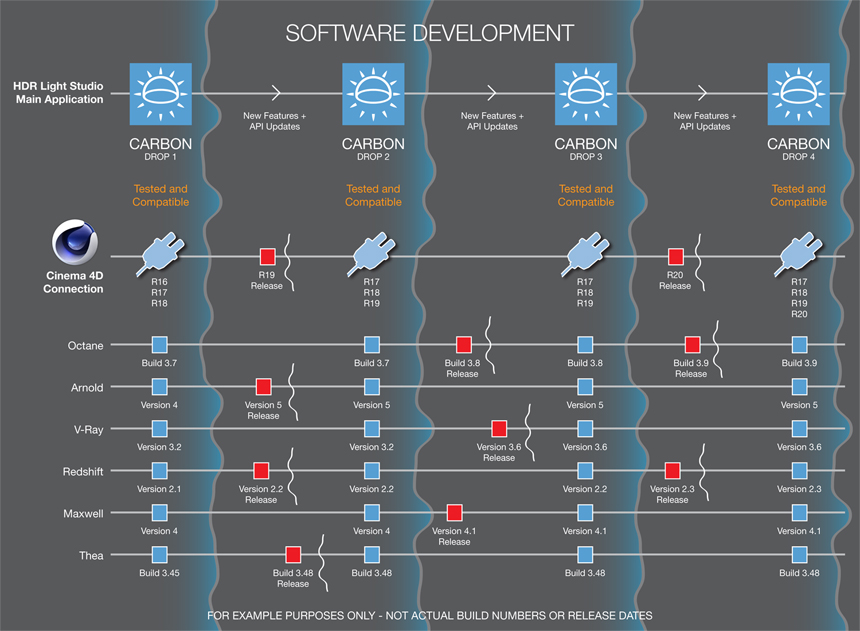 As I have said, over the last year we have released 4 new versions of HDR Light Studio. During the testing phase for each of those new versions, we select which renderer builds/versions we are going to test and officially support, to ensure continued compatibility with those renderers. We aim to use the latest official releases from our rendering partners. In Cinema 4D we support 7 renderers, including the native Cinema 4D renderer.

So the HDR Light Studio Cinema 4D connection plug-in is dependent on working correctly with both the Cinema 4D main app (R17,18,19,20), those 7 Renderers (latest versions), and across 2 different operating systems. We need to ensure the new features and new API calls we add to HDR Light Studio work correctly. Plus ensure nothing has broken in our plug-in with the new Cinema 4D version/sdk, or from changes made to the renderers with their new versions.

The software HDR Light Studio is working with relentlessly moves forward, some release new builds frequently, some less so, and some annually, and we need to ‘surf those waves’ of partner development with our own HDR Light Studio compatibility.

So for the Carbon drop 4 release of HDR Light Studio, here is the maths for the total number of combinations of software we are supporting:

That is a huge amount of work for development and testing!

If you use Cinema 4D and just 1 renderer on Windows OS, then that is just one of those combinations, and you probably don’t care about the other 55 combinations that we support. But you can see that there is a lot of work for us to do on our connection, and that as a user you are part of this bigger picture. Those other users, using different combinations of software are contributing to our sales, and paying for the continued development of the software too. 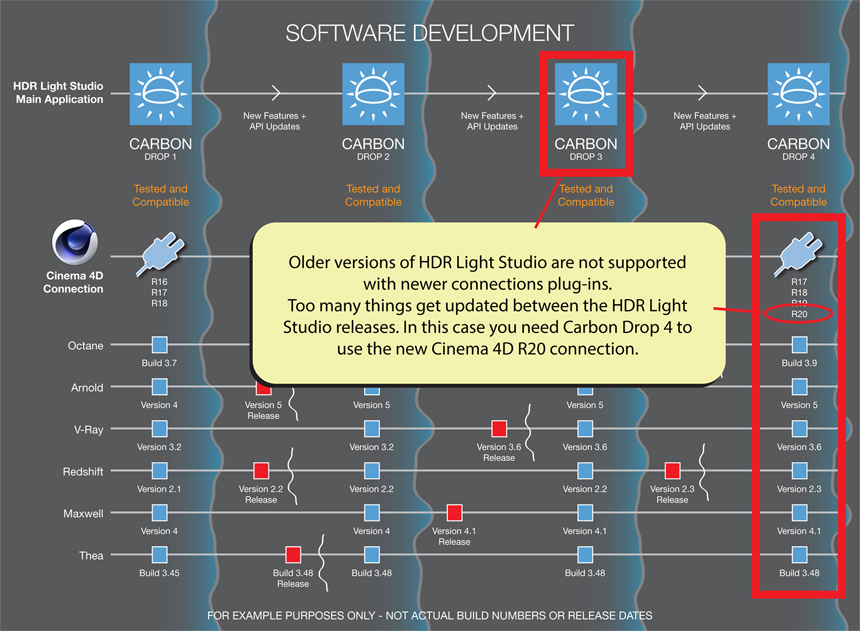 I hope it’s clear to see that it’s impossible for us to ensure that an old version of HDR Light Studio will work with a newer plug-in. Customers with permanent licenses need to buy maintenance to pay for their software to be kept up to date. Unfortunately you are not able to cherry pick which parts of this you pay for. Both HDR Light Studio and your Connections needs to be kept up to date to ensure they work together correctly.

I believe the maintenance model seems a fair and reasonable way to pay for the ongoing work we need to do. Customers on tighter budgets can buy the 1 year subscription licenses of HDR Light Studio that always run our latest software releases. The initial investment in the software is much smaller and you can buy another 1 year license whenever you need it again in the future.