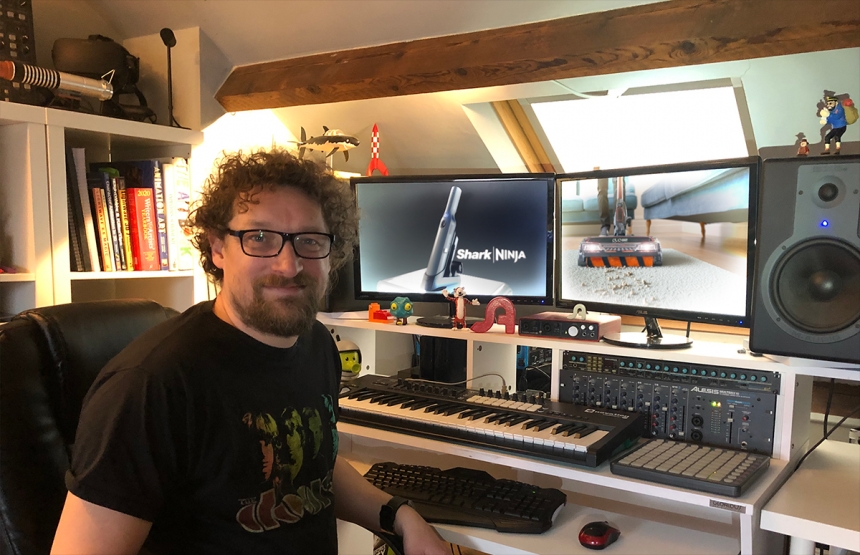 As a child growing up in Ashbourne, Derbyshire, Simon Smalley was heavily inspired to draw cartoons and to create his own characters and comics. “Ever since I can remember, I’ve always been into reading comics and cartoon strips like Whizzer and Chips, Tintin, and Calvin & Hobbes. For a long time I had designs on being a cartoonist when I was older. When I was around eighteen and undertaking an art foundation course, I had the chance to try a crude version of stop frame animation using a VHS camera and some plasticine models. The result was terrible, and you had to watch the animation in fast forward for it to play at the right speed... but it was the process I loved, and I couldn’t wait to do more. I immediately applied to study animation at Surrey Institute.”

Simon studied at the Surrey Institute of Art & Design, and then at The Hull School of Art & Design, graduating with a degree in Animation. During his studies he was introduced to the 3D computer graphics programme LightWave 3D.

"My mind was literally blown when I was first shown LightWave 5 back in 2000. It was my first real exposure to any 3D app. A professional artist (who had created some of the famous 3D
BBC 2 idents) taught a group of us the basics and it wasn’t long before I was obsessed with creating 3D content and animation in LightWave - as I still am today"

“I know there are much more advanced applications out there, but LightWave just makes sense to me. I like that the modeller and layout are separate applications and that the UI has plain text making things easy to understand, whatever the tool or plugin you happen to be using.
I think the main reason I stay with LightWave is the speed at which I’m able to get things done. I’ve used a lot of other 3D applications and for me none match the speed of LightWave. I don’t really feel like I’ll ever need to switch. I see it as part of my toolbox and at the point I find I can’t do something with LightWave, I use it alongside other applications such as HDR Light Studio, Substance Painter, Marvelous Designer, Houdini, World Machine etc.” 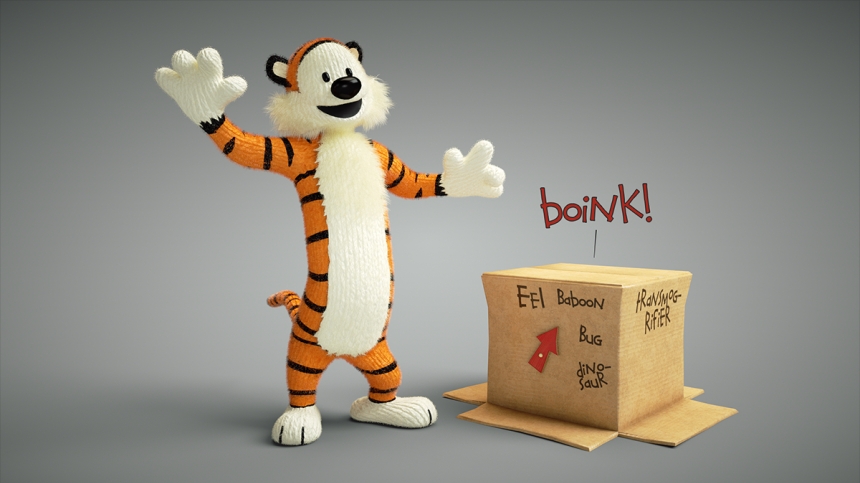 CGI of a cartoon tiger

Despite his talent, to begin with Simon had difficulty finding a job in animation. “The toughest challenge I had was trying to find work straight out of uni. All of the animation companies I applied to wanted industry experience or examples of commercial work, which I just didn’t have. This then forced my hand to try freelancing, and I did OK for a while but certainly didn’t make enough money to earn a good living. What the freelancing did do however, was allow me to slowly build up a showreel of commercial work. This was eventually enough to get my foot through the door and into a career in the animation and games industry.” 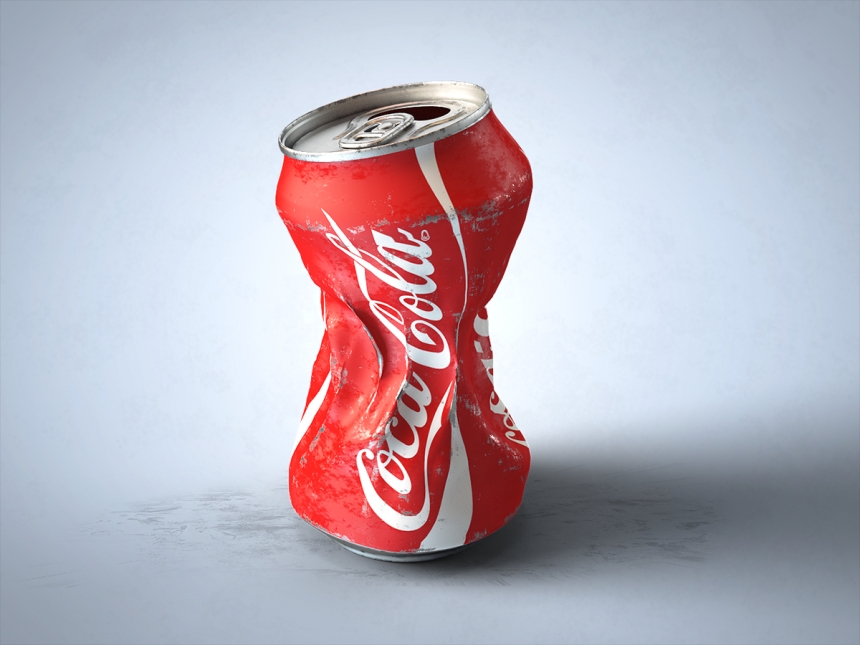 For the past ten years Simon has worked predominantly as an art director in the mobile games industry. He continued to produce freelance work in his spare time, extending and developing his portfolio. “Early on I joined freelancer websites and shamelessly promoted and shared my 3D work on social media. Gradually, I landed more and more freelance work.” Simon is now a full-time freelancer, working under the name Small Animations. “I’ve been really lucky over the past few years to work on some great projects with well-known clients. Recently, I got to work on TV commercials for a set of Star Wars toys which was truly a highlight of my career. I believe that once you land that first good client, it’s almost a stamp of assurance on your portfolio and other clients will become more interested in hiring you.” 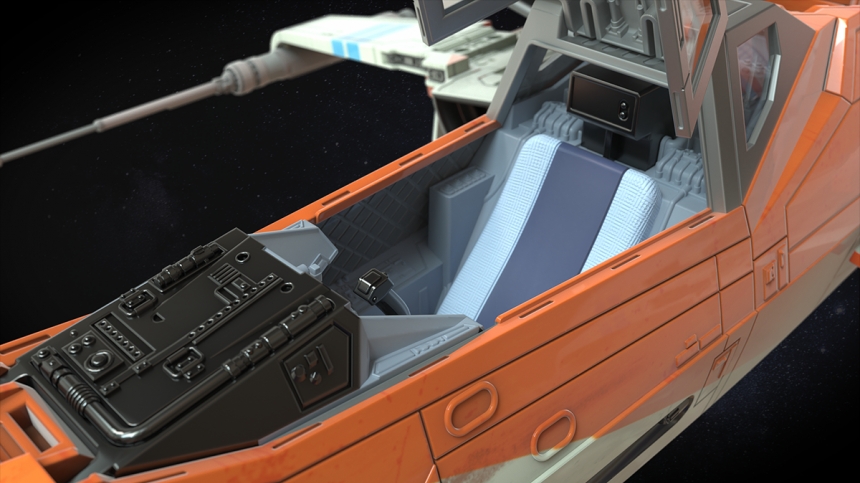 Simon first encountered HDR Light Studio at an animation exhibition. “Mark Segasby [co-founder of Lightmap] demonstrated how quick and easy it was to light scenes in a way that really showed off the contours of a model. It had always taken me such a long time to light my 3D scenes to a standard I was happy with, so HDR Light Studio looked like a tool which could really speed up my workflow.”

Simon continues to use LightWave 3D, now with HDR Light Studio’s Lightwave connection which allows for real-time HDRI map authoring. “One of the huge draws for me was how easy it was to get good results. Within minutes of loading it up for the first time I felt really comfortable using it. The tutorials were great too… just perfect for getting a new user up and running.” 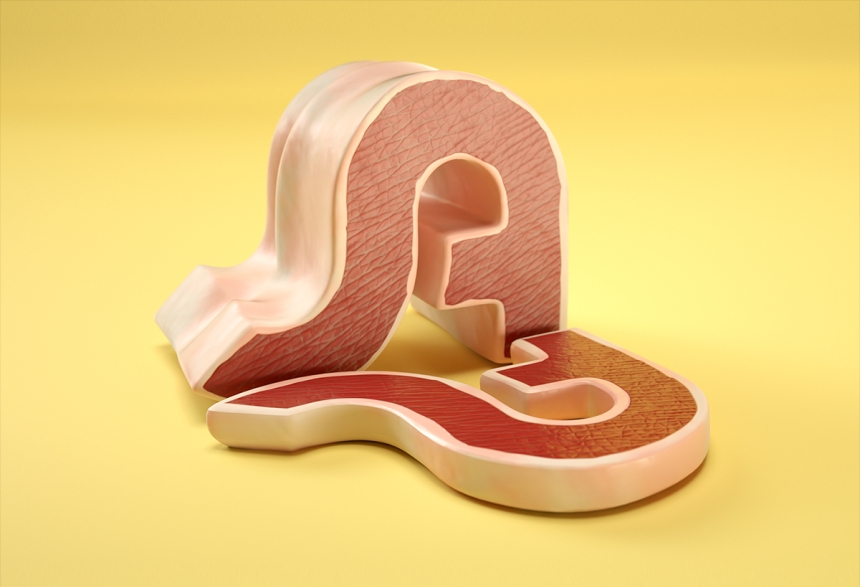 “Using HDR Light Studio I can now light a scene in just a few minutes, making it super easy to get a result I’m happy with. The plug-in works seamlessly with LightWave and also with Octane for LightWave, which I tend to render everything in now. I love the fast interaction between HDR Light Studio and Octane’s IPR viewport, which gives me instant feedback when placing and adjusting lights.

“HDR Light Studio also has an amazing library of presets which seem to cover all the bases. I do a lot of TV commercial work for Shark Ninja, and it’s very important for the client to have their product shown to be the best it can be. HDR Light Studio allows me to do that by having really fine control over where highlights and reflections are placed on my 3D objects. I simply couldn’t get this level of control or speed by lighting my scenes traditionally.”

HDR Light Studio is also helping Simon take a more thoughtful approach to lighting. “I now really consider how I can use lights to make an object’s shape more readable, or how I can make an object pop from the background. Previously, I would have used a three light setup: keylight, rim light, and a fill light, and that would have been about it.” 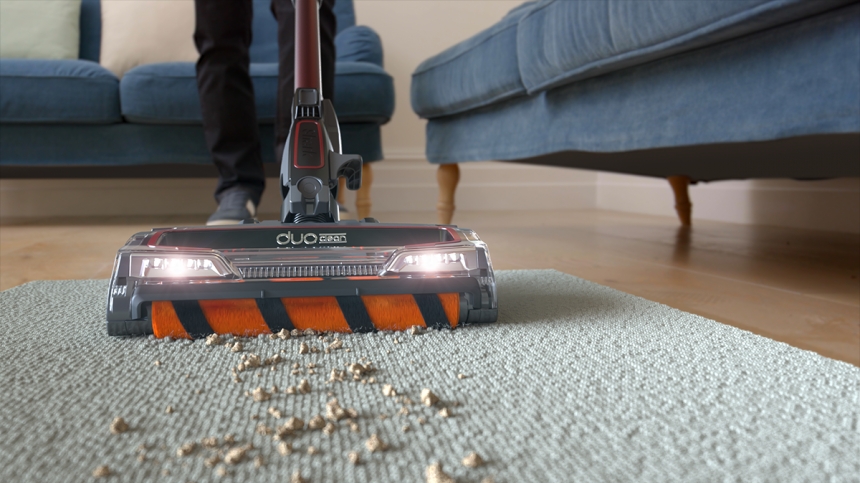 Simon’s advice for artists and animators starting out in the industry is to give it their all. “You need to live and breathe it. You need to be obsessed with learning new skills and work on those skills as much as you can in your spare time. Be inspired by others and try to recreate the great things that are shared online. Even if your latest work is not perfect, you will have still learnt something in creating it. If you are truly passionate about what you do, it will show in your work and potential employers will see that.” 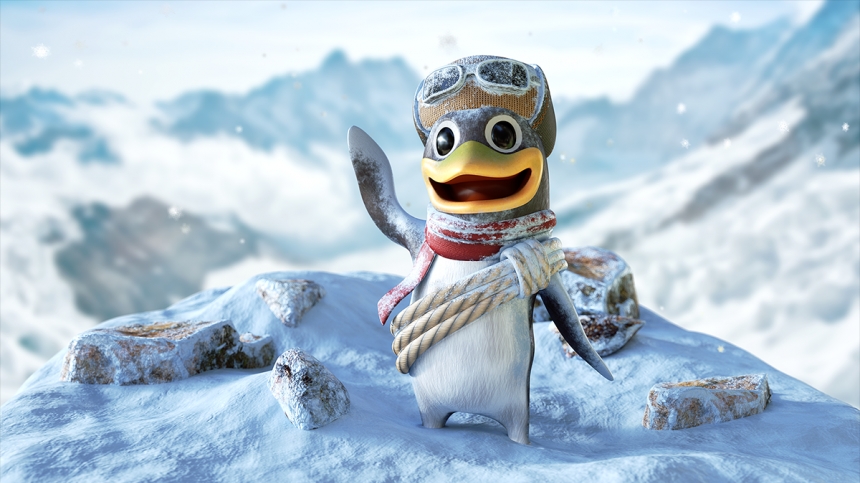 CGI of a cartoon penguin (not lit with HDR Light Studio)

Simon’s current projects include working on promotional material for two mobile games: The Adventures of Tintin and Doodle Jump Adventure. “I have another TV commercial for Shark Ninja coming up next month, for which I’ll certainly be using HDR Light Studio. Now that I’m a full-time freelancer I’m in the process of developing the Small Animations brand, so I’m working hard on a new showreel, idents and a brand new website which will be ready for the new year.

“I have lots of new projects on the horizon and I’m really excited about what my new career as a freelancer will bring. I will definitely continue to be a fan and a user of HDR Light Studio.”

Lightmap will be exhibiting at Vertex 2020 on the 27th and 28th February at the Olympia Conference Centre in London. The programme, which will include a special guest speaker, will be announced here soon.