A photograph was shot for the majority of the final image, ready for some CG elements to be added. 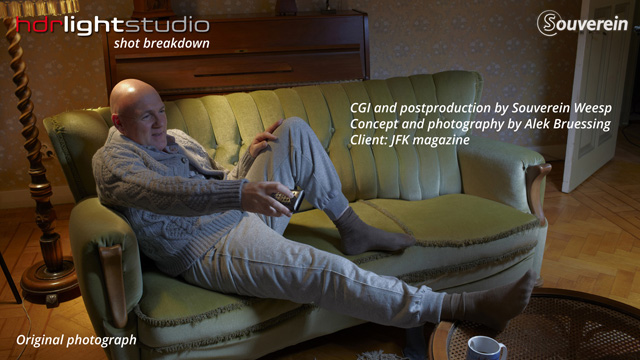 The scene was modeled approximately and a detailed model of the alien was created and posed. Unfortunately no aliens were available at the time of the shoot – so it had to be done as CGI! 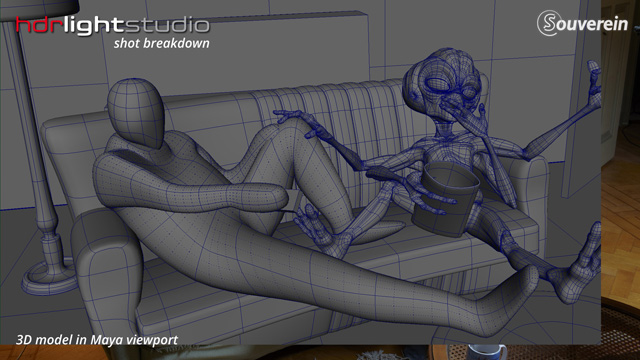 The Maya scene has been exported into HDR Light Studio, here you can see it in the LiveLight rendered preview. Souverein created a convincing lighting environment to embed the alien into the photograph by quickly and easily replicating the major light sources from the real world environment, whilst adding some artistic flair too. The lighting was crafted using LightPaint to place reflections in exactly the right place on the alien model. The entire shot was lit with a single HDRI map. 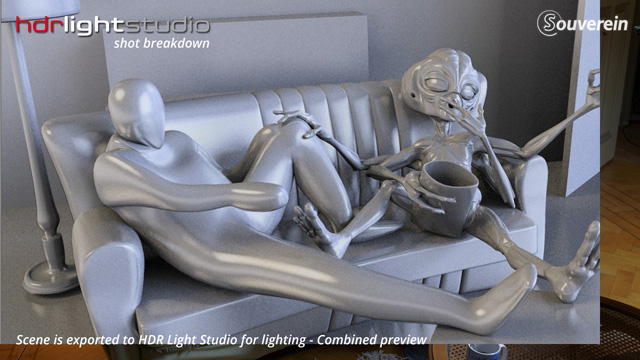 Here’s the final result with the alien, rendered in Mental Ray, composited into the retouched photograph. It looks great! 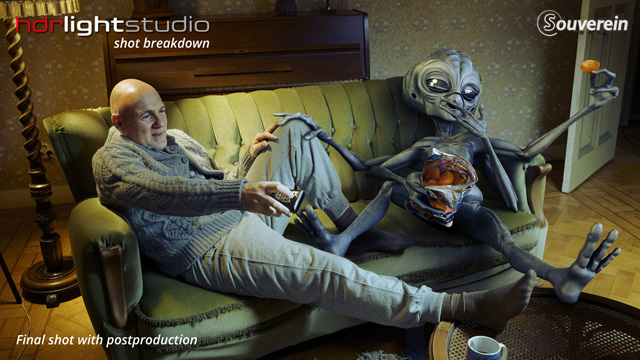 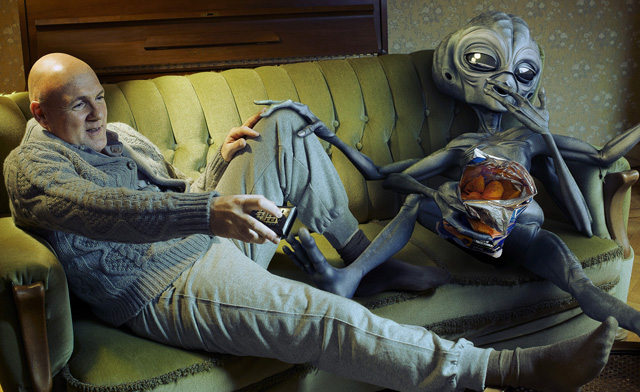 Thanks so much to Souverein Weesp for sharing this great project with us. To see more of their work visit: www.souverein.nl