Redshift RT has recently been released by Maxon to the public as an Open Beta, with Redshift 3.0.56 being the first version to feature the new real-time render mode. It’s no surprise that so many 3D artists were excited to get their hands on this new feature and here’s why:

Redshift RT may be enough for producing final renders

According to Paul Babb, Maxon CMO, Redshift RT uses the same shaders, lights and nodes as Redshift production. The visuals below speak for themselves, as it’s clear to see very little difference between the two renders. Judging based on accuracy and quality of Redshift RT, some might even argue that there will be no need to do a final Redshift production render, as long as the scene isn’t too complicated. 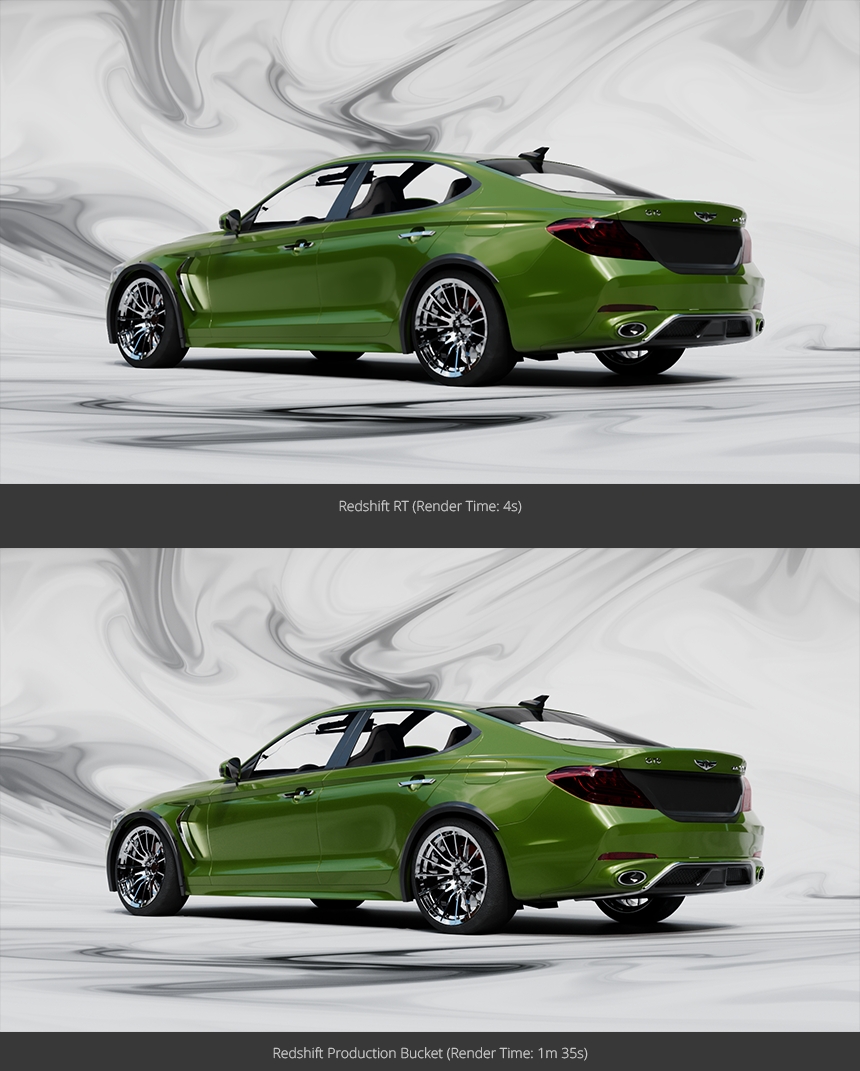 Prior to the Redshift RT release, Redshift renderer was already fast. However, the beauty of using Redshift RT lies in speed, accuracy and quality combined. This is particularly useful during the look development process, whether this be working on shaders or lighting with a HDR Light Studio plugin. Imagine perfecting your lighting, shaders, animation etc. only to find out it doesn’t look quite right in final production render. Because of how similar Redshift RT is to Redshift Production, 3D artists today will no longer have to worry about that. You could say it’s a little bit of a ‘What you see is what you get’ situation!

Redshift RT will only get better and better

Our thoughts on Redshift RT are very positive and we can see how this new render mode will turn HDRI Map authoring and area light creation with HDR Light Studio into an even more pleasant lighting experience for 3D artists.

Lighting in particular relies heavily on fidelity and accuracy of render engines when showing 3D scenes in physically correct lighting. Knowing that there’s a new render mode which is not only fast but accurate and high in quality, will only mean HDR Light Studio users will be able to create their lighting designs even faster and more precisely.

We are currently testing Redshift RT with HDR Light Studio, and we'll be sure to report our findings soon, so stay tuned!

Get a trial of Redshift renderer