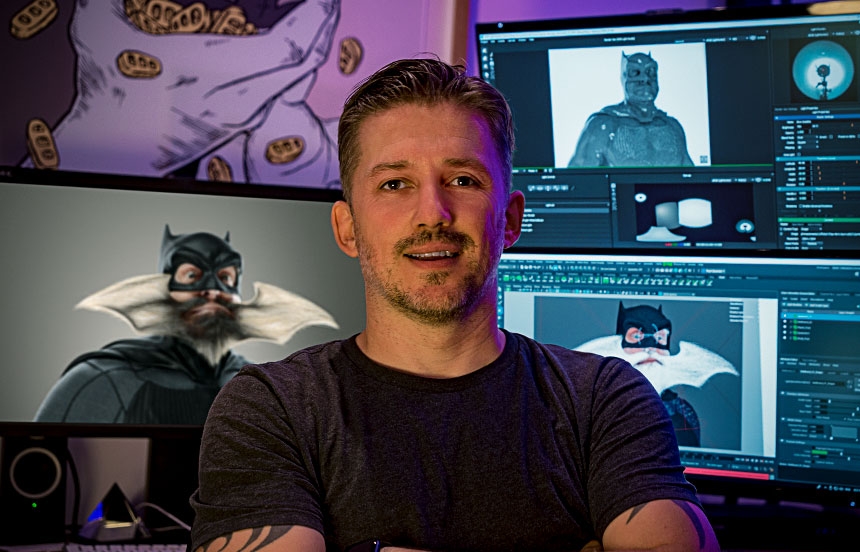 Lightmap recently chatted with Paul Gawman, an award-winning Sydney-based Digital Artist. A native Brit, with over two decades of industry experience, we discuss his journey down under, the decision to create his own studio, and how HDR Light Studio helps take the guesswork out of lighting a scene.

For Paul, a year-long backpacking adventure to the beautiful climes of Australia turned into a new way of life and work for the North East England native who has called Sydney, Australia, home for the last nineteen years.

Creativity has always been in Paul Gawman’s repertoire; whether it be drawing, sculpting or photography. His passion for creativity led to university – an experience more fondly remembered for the party lifestyle – and an honours degree in Graphic Communication. 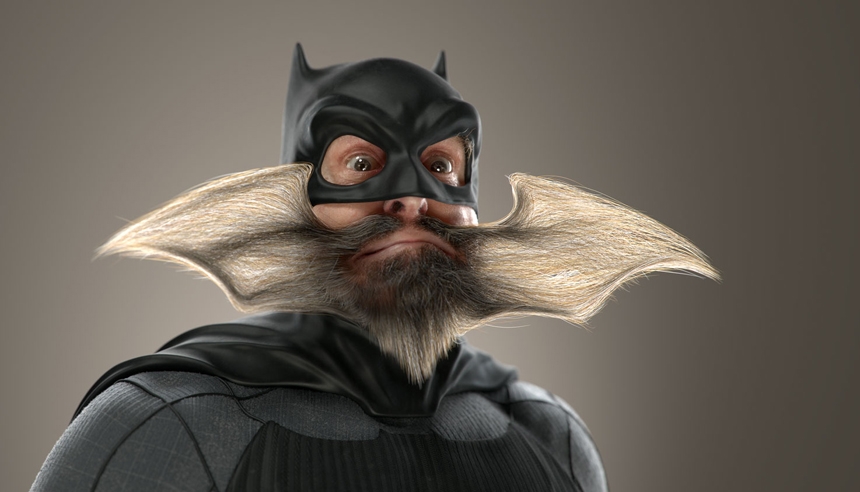 Post-graduation Paul moved to London where he started work as a Mac Operator using QuarkXPress. The role bored him but a chance encounter with a colleague working with Photoshop and an inquisitive nature to learn saw Paul move into a more creative retouching role. With the Millennium on the horizon, Paul paid off his student debt and decided to see Y2K with a life-changing trip down under.

For the first six months of his Australian adventure, Paul explored the country’s vast and beautiful landscape, eventually settling in Sydney. Numerous jobs in retouching and graphic design followed and after feeling uninspired, Paul came across an opening for a creative retouching position at a pre-production company called Laser Graphics. This exposed him to the advertising world for the first time.

”My first experience in advertising was as a Photoshop artist. I worked closely with world-class photographers on product, portrait and automotive shoots. As I composited and graded captures, I studied how each photographer would light their subject and learnt how to place lights to best describe the shape of the talent or product. Having that knowledge really helped when I eventually started to light 3D scenes.”

Experimentation with 3D software like Maya began to fuel Paul’s desire to get into the world of 3D. At the time Electric Art led the way in creating content for print advertising in Australia. Paul initially began work at EA as creative retoucher but would delve further into 3D whenever he could. This is around the time Paul first started to use HDR Light Studio. He went on to bounce between the 2D & 3D departments taking on the 3D and 2D aspects of a campaign.

Five years on and a long-held ambition to start a business came along in the form of Outpost, a boutique content creation studio where Paul served as Creative Partner and Co-Founder. After cultivating and maintaining several large agency clients, including The Monkeys and Havas Worldwide, Paul felt it time to branch out further and begin working under his own name. He has not looked back.

His journey in Australia has seen Paul expand his horizons, skillset and success, resulting in him collaborating with agencies, brands and photographers to produce award winning visual content. He’s been named in Lürcher’s Archive 200 Best Digital Artists Worldwide 2017/18 & 2019/20, One Eyeland’s CGI artist of the year and has won awards including an Epica and an A’ Design award. A defining part of Paul’s journey has been the software he has explored over the years. 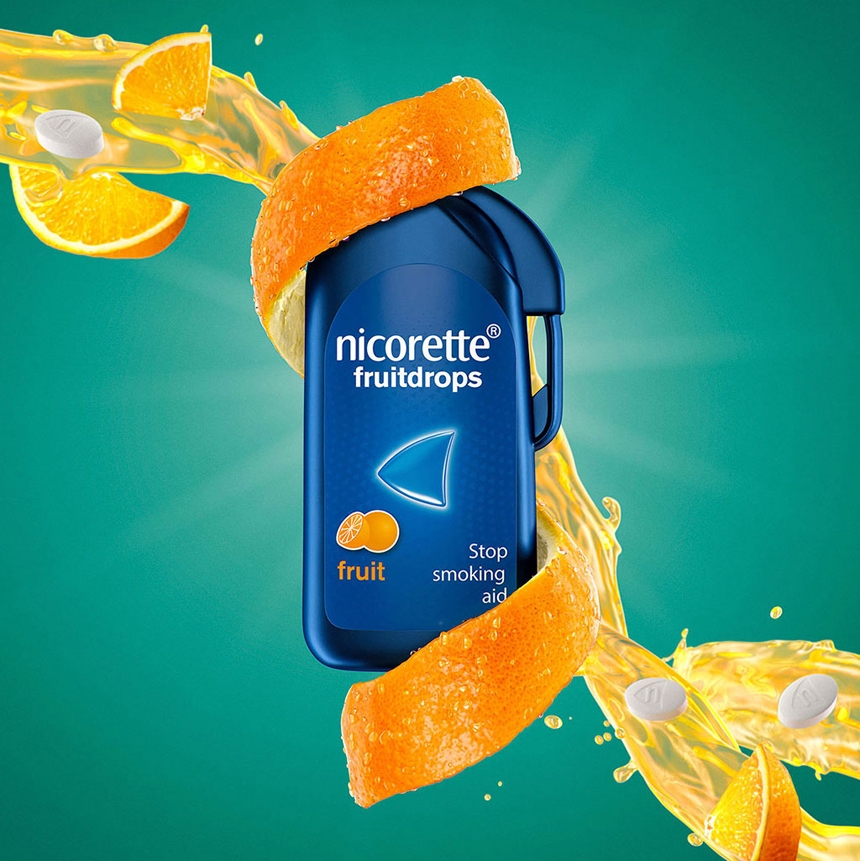 ”HDR Light Studio is a huge time saver in a world of limited budgets and ever tightening deadlines. The software integrates beautifully with V-Ray’s interactive rendering and takes the guesswork out of lighting a scene.” 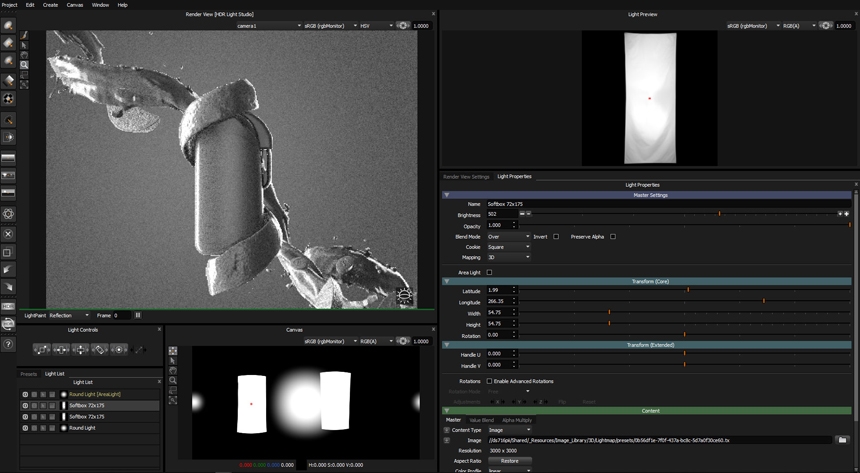 ”Zbrush was a real breakthrough moment for me, once I’d got my head around the UI, the workflow became fairly intuitive. Being able to sculpt something digitally just seemed so much more natural than modelling in any other 3D application. I’m all about getting into the creative flow and prefer not to be interrupted by having to figure out technical issues. All of the tools that I currently use, including Substance Painter, Maya and V-Ray are making huge leaps with regards to simplifying workflows and making life easier for the artist.”

Paul works a short walk from the stunning Freshwater Beach in Sydney, the birthplace of surfing in Australia in 1915. It’s a far cry from his North East roots and a lifestyle many would die for, and one he has no intention of swapping. 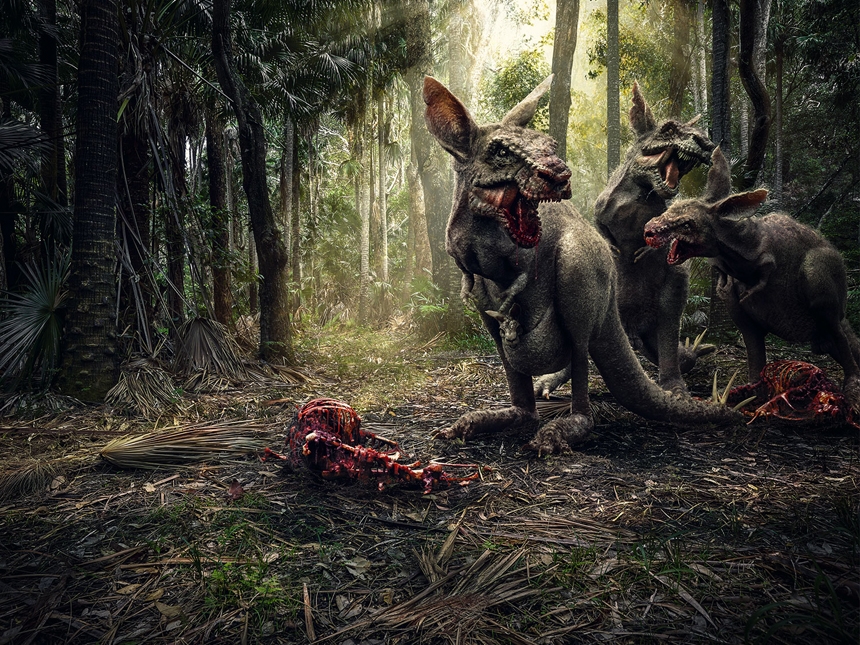 Just like his journey from the north of England to the beaches of Australia, Paul has had to adapt to an ever-changing landscape, including technological advances. He believes that as artists, especially in design and advertising, the emphasis on learning is more important than ever.

”Hardware and software continue to become more powerful and less expensive, meaning bigger opportunities for smaller teams. It’s already happening, artists can essentially work from anywhere with an internet connection. Cloud-based rendering means that animations and high-resolution images can be rendered offsite without the artist having to spend big on expensive infrastructure.” 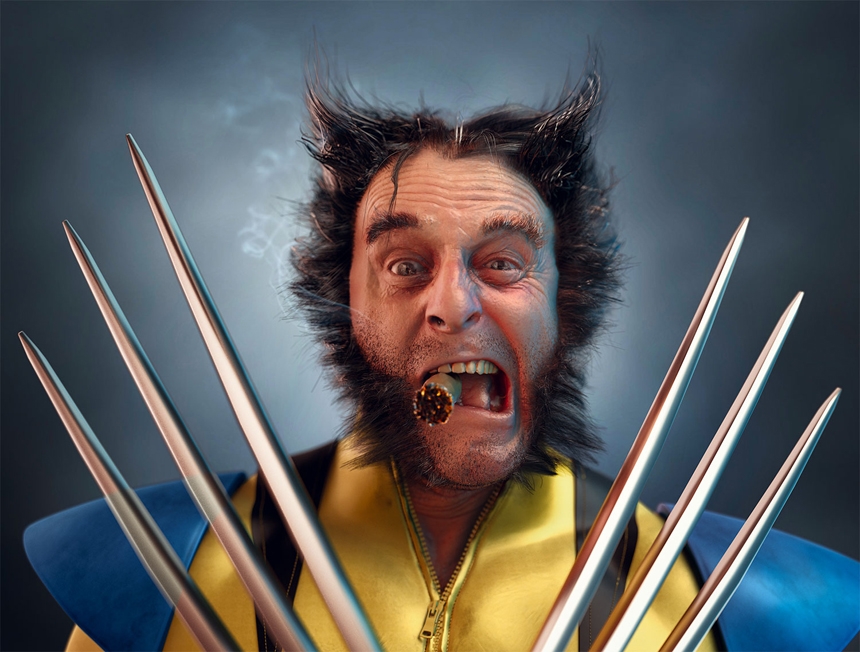 ”Team members can be on the other side of the world, as can the client. Artificial intelligence, advances in GPU acceleration and real-time ray tracing will have huge implications for workflows. Therefore, it’s more important than ever that as artists we make sure we continue to learn in order to keep up with an ever-advancing industry.”

Considering his career trajectory, Paul shares some key advice for budding 3D artists or those currently finding their feet in such a fiercely competitive and evolving industry.

”Never stop learning – embrace your growth as an artist and learn to enjoy the journey. Focus on the fundamentals and the rest will follow.”

Be sure to check out more of Paul's work on Behance here.

Thank you to Paul for sharing his work and experiences with us.