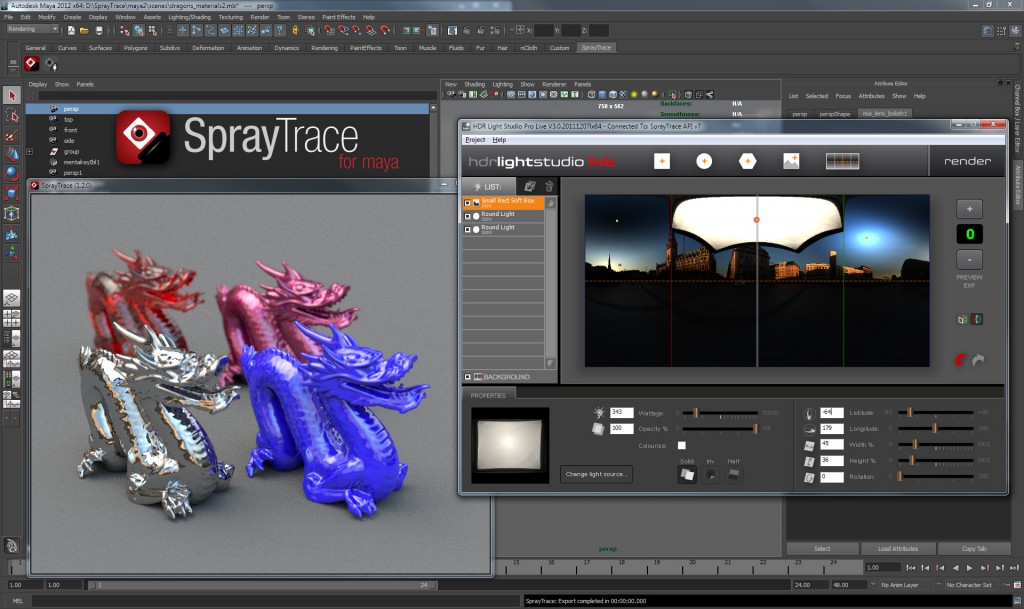 Lightmap Ltd are proud to announce the launch of HDR Light Studio live for SprayTrace.

Users of SprayTrace for Maya and HDR Light Studio Pro version 3 can now enjoy interactive image based lighting design and augmentation sessions, all in real-time on their Maya MentalRay scenes. Move a light in HDR Light Studio live and see the results update instantly in the SprayTrace viewport.

This has been made possible due to a large number of improvements in SprayTrace, adding support for emulating the native image based lighting found hidden in MentalRay for Maya, which gives far superior results than emit light, and due to further optimizations of the final gathering system. For the first time Maya users can use image based lighting in a totally interactive way through the combination of these tools. It’s a lighting artists dream come true!

SprayTrace and HDR Light Studio are currently for Windows OS only – but they are both coming very soon to the Mac and Linux platforms.