Visual State is a CGI-driven creative production studio in Sydney, Australia. They collaborate with a lot of brands, agencies, creatives, photographers and design studios from around the world. For months now, they have been working with the team at Mr Black, who produce premium Coffee Liqueur. 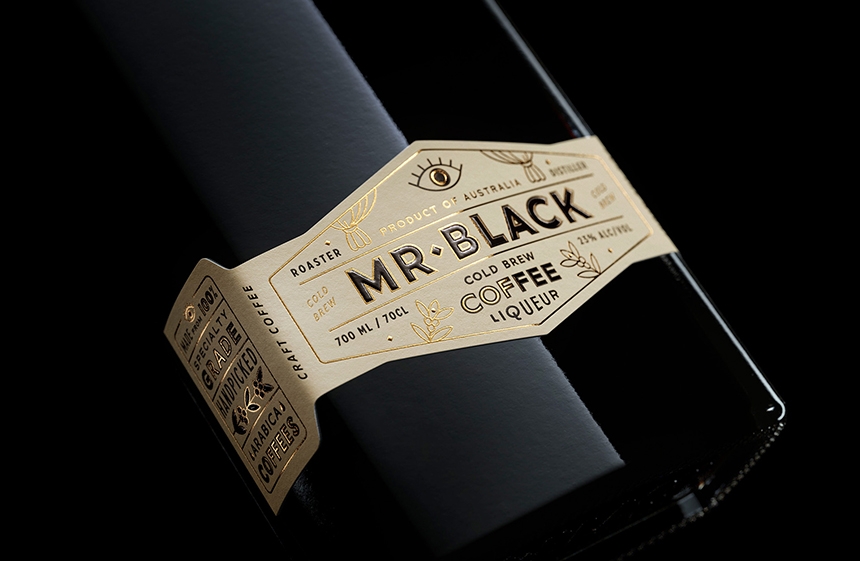 "We [Visual State] were initially commissioned to create new imagery of Mr Black's updated product, which included a new bottle shape, new designs of their labels [Coffee Liqueur and Coffee Amaro], and new products in their range [Single Origin]. As the physical product wasn't going to be ready in time for Mr Black's planned launch, we were brought on board to visualise the products. Our client needed simple white studio renders front on and 3/4 which could be used for ecommerce purposes, as well as more creative renders for their new website and social content"

In late 2019, a horrific bushfire crisis has started in Australia, and still is an ongoing issue as it continues to burn in 2020. The team at Mr Black were left devastated by the horrific bushfires, so much that it triggered a change of plans in their project.

"Mr Black and Young Jerks [label designers] decided to create a limited-edition 'Bushfire Appeal' release to help raise money for Wires Wildlife Rescue. The aim was to raise $10k by donating all profits through the sale of 100 limited-edition bottles. In the end though, Mr Black chose to increase the run of product so they ended up raising $50k. We [Visual State] were contacted early January and asked if we could get involved to provide 3D renders of this limited-edition bottle. It took us less than 2 days from supply of the label design to model/light/texture the Bushfire Appeal product and to output the renders for supply. They were up on social media the same day, and within 5 hours they'd hit their $10k target." 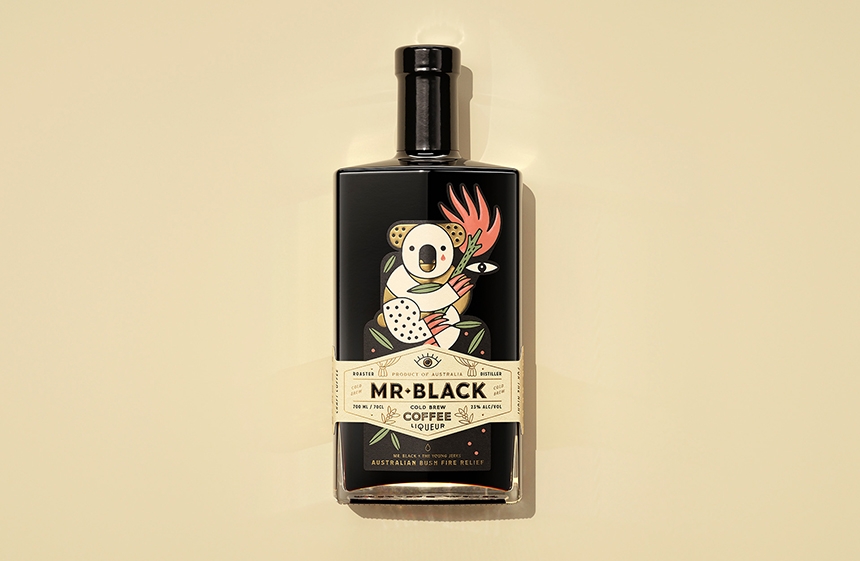 Mr Black Bushfire Relief bottle was made using Cinema 4D, lit with HDR Light Studio and rendered in Redshift. Visual State understands the importance of lighting in creating a 3D image, and have put in lots of effort in getting it right.

"HDR Light Studio has been such a great tool in this project, and is something we [Visual State] are using more and more because of its speed and continued integration into the DCCs and render engines. Lighting products can be quite complicated, and the new Mr Black bottle design is no exception. The differing faces and angles on the bottle, made it quite difficult to light. One of the hardest areas was highlighting the central crease on the front face of the bottle. We wanted to make sure it was visible, but without having an obvious line down the seam. We tried various lighting setups, but settled on having a subtle softbox graduating on one side."

The variety of materials in the 3D image is also one of the reasons why 3D artists and creative agencies can find the lighting process difficult.

"With the Mr Black products you have glass, a high gloss plastic neck wrap, an uncoated art paper stock, gold foils and UV varnishes. This makes it difficult to light in one go, but with HDR Light Studio it's far easier to do. We used some large softboxes for the main overall lighting, and lots of little hotspot lights to ping off the gold foils and UV varnishes. As the labels have different finishes/positions of these reflective areas we were able to utilise HDR Light Studio 'Composites' so with a few clicks we could output different light maps for the different products, and then use Cinema 4D 'Take' system to easily setup all the different products in 1 file ready to be batch rendered. We also utilised HDR Light Studio area lights to include/exclude objects in the scene so we could further control the influence of the lights. For the flat lay images, we added a Redshift sun to create the caustics. Lastly, for the Bushfire Appeal label, we were able to quickly update the HDR Light Studio's scene by adding in a few extra lights to highlight the additional gold foil and UV varnish areas on the Koala's features." 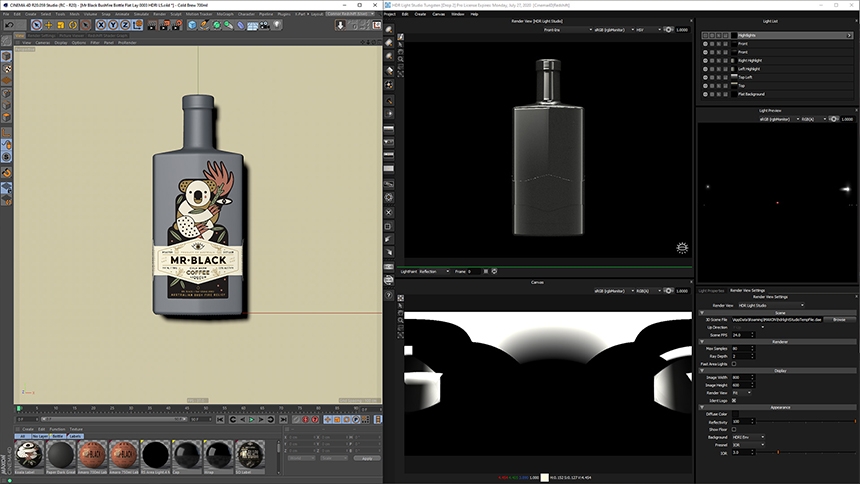 Check out Mr Black's website to find out more about the project, and to see more work by Visual State go to their Behance page.