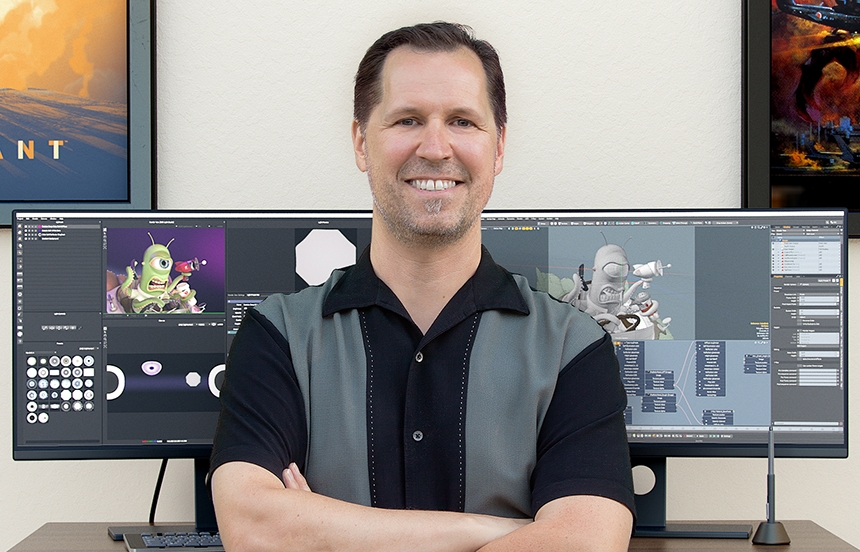 Lightmap asked James Darknell to talk about his experiences as a 3D artist and the ways in which HDR Light Studio enhances his creative workﬂow:

The creation of 3D art has been a lifetime pursuit for James Darknell, the freelance artist behind Mutant Pixel Digital Design Labs. James describes making 3D art as a passion and a hobby - as well as a job. “Making 3D art is a great way for me to relax. Much in the same way that many others might watch TV or play video games. For me 3D has become so ingrained in who I am, I always have something brewing.” James’ experience already spans several decades and he has tracked the changes in design technology during that time. His interest in 3D art started at a young age: “My earliest memory of 3D was an article in Keyboard Magazine about the music that was done for a 3D animated short called 'The Adventures of André & Wally B.'. I was so taken with the imagery that I had to ﬁgure out how it was done. This was one of the earliest ﬁlms from the group that became Pixar. Not too long afterward a friend of mine got an Amiga computer and showed me a video clip on it called 'Chromosaurus', which was just a bunch of chrome dinosaurs running around, but I thought it was amazing and that pretty much sealed the deal for me.”

James graduated from San Jose State University with a degree in Illustration. He began his career in the mid 1990’s designing package covers for PC and Playstation games, working on Pac-Man World and Ms. Pac-Man Maze Madness for Namco. “I didn’t have much diﬃculty getting work out of school. I was using 3D tools very early on so that helped me stand out and got my early career going. I ﬁnally picked up a copy of LightWave version 5 when it came out and started creating with it right away. That was the tool I used to do those ﬁrst game package covers.”

James went on to become a Creative Specialist at The Foundry, working with the MODO team. He currently works for Facebook as an environment artist in their AR/VR group. Throughout his career he has continued to create art work on a freelance basis. His portfolio includes medical illustrations, illustrations for advertising and models for the Monterey Bay Aquarium. 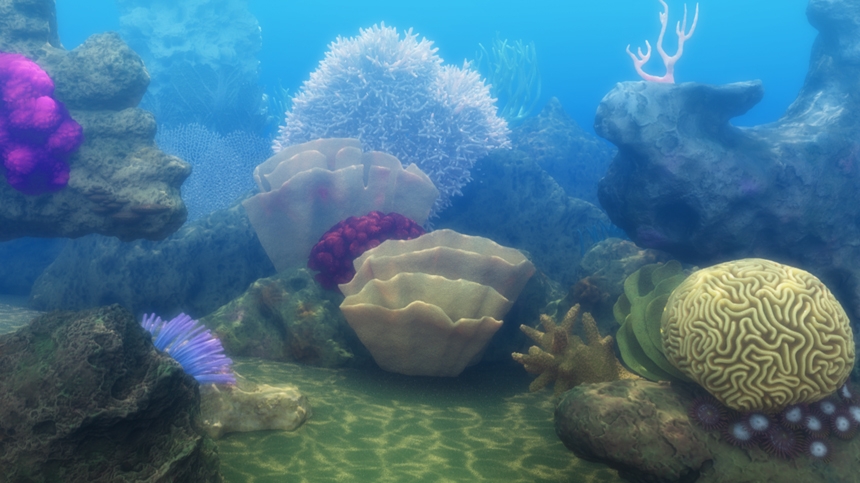 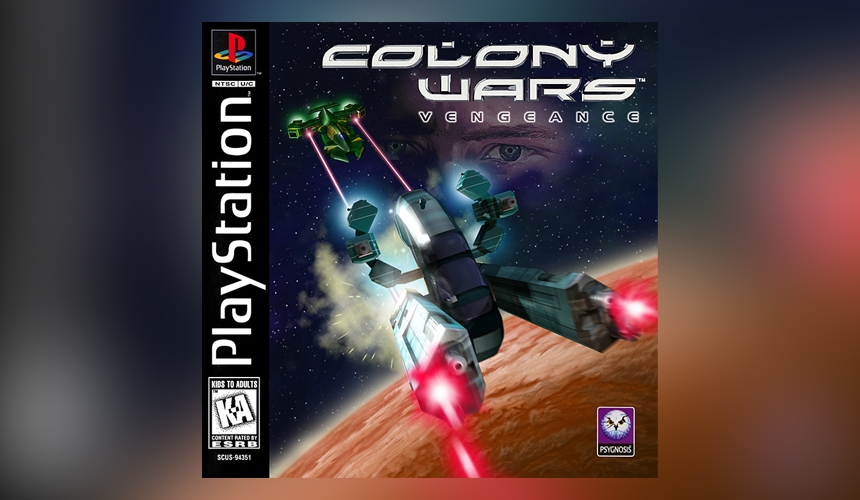 Looking back to his beginnings, James considers the technology he used to create 3D art in the early days awkward and time-consuming. “The ﬁrst actual render I ever did was in the command line version of POV Ray in the early ’90s. It was a DOS based Raytracer. I was so determined to create 3D art that I actually put together text ﬁles that described what was in the scene and what colour it was using. It had no GUI whatsoever at the time. Compared to what I use today that was beyond primitive.”

James ﬁrst encountered HDR Light Studio through the recommendation of a friend. “I was intrigued by the ability to click on a surface and easily place a highlight in a very speciﬁc location. The perfectionist in me loves having that level of control. Prior to HDR Light Studio, I would set up some lights and then hit render, wait some ten or more minutes to see if I liked where things were, then move the lights and render over and over again ad nauseam. HDR Light Studio really nailed the workﬂow right out of the gate. Once I found out how easy it was to control every aspect of my lighting using a single interface it really was a game changer.”

Today, HDR Light Studio plays an important part in James’ creative process. “I use HDR Light Studio on pretty much all the freelance projects I work on. Most of these lean towards photorealistic work and HDR Light Studio is an essential part of that formula. On my personal illustrations I start most of them with HDR Light Studio and then add lights in when I can't get a
certain eﬀect. Having the level of control that HDR Light Studio oﬀers is really freeing. Updating an HDR environment in near real-time allows you to try numerous setups that used to take much longer to generate. That combined with the real-time progressive rendering in V-Ray seems like witchcraft compared to the days of using command line Raytracers. Allowing me to try numerous light 'types' on the ﬂy, change the color, brightness and position and see it all update nearly instantly is what keeps me coming back.”

James agrees that HDR Light Studio has helped him grow as a 3D artist. “I wasn’t great at iterating on lighting and I think that is apparent in my early work. With HDR Light Studio I have a much bigger arsenal of tools to adjust my lighting - that just is not possible with a typical spotlight or point light in a 3D app. HDR Light Studio deﬁnitely earns me money when I use it for freelance projects. I did a series of medical illustrations last year and the software was instrumental in helping me achieve the photo real results the client was after.”

As well as for realism and clarity, James uses HDR Light Studio to enhance his creativity and to experiment, as evidenced in his image ‘Road Rage’. 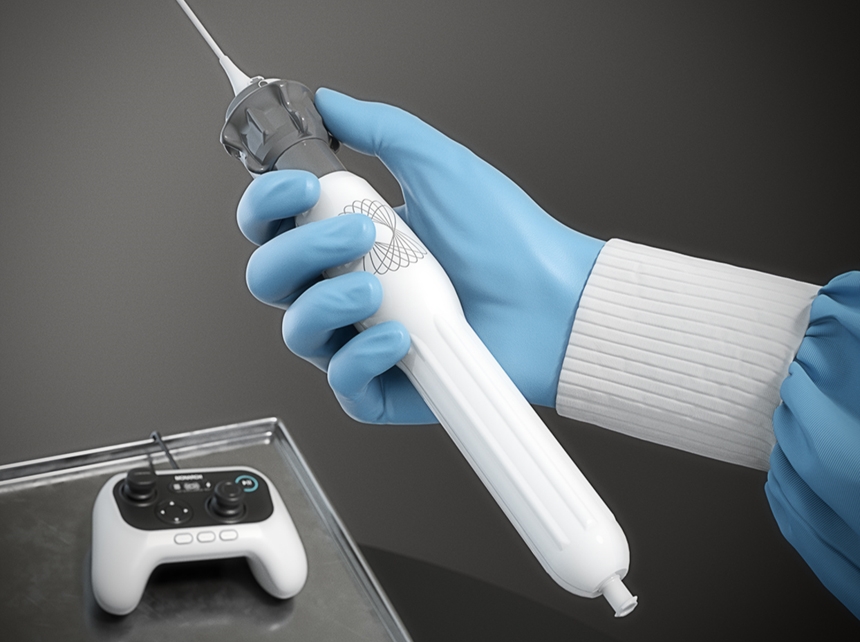 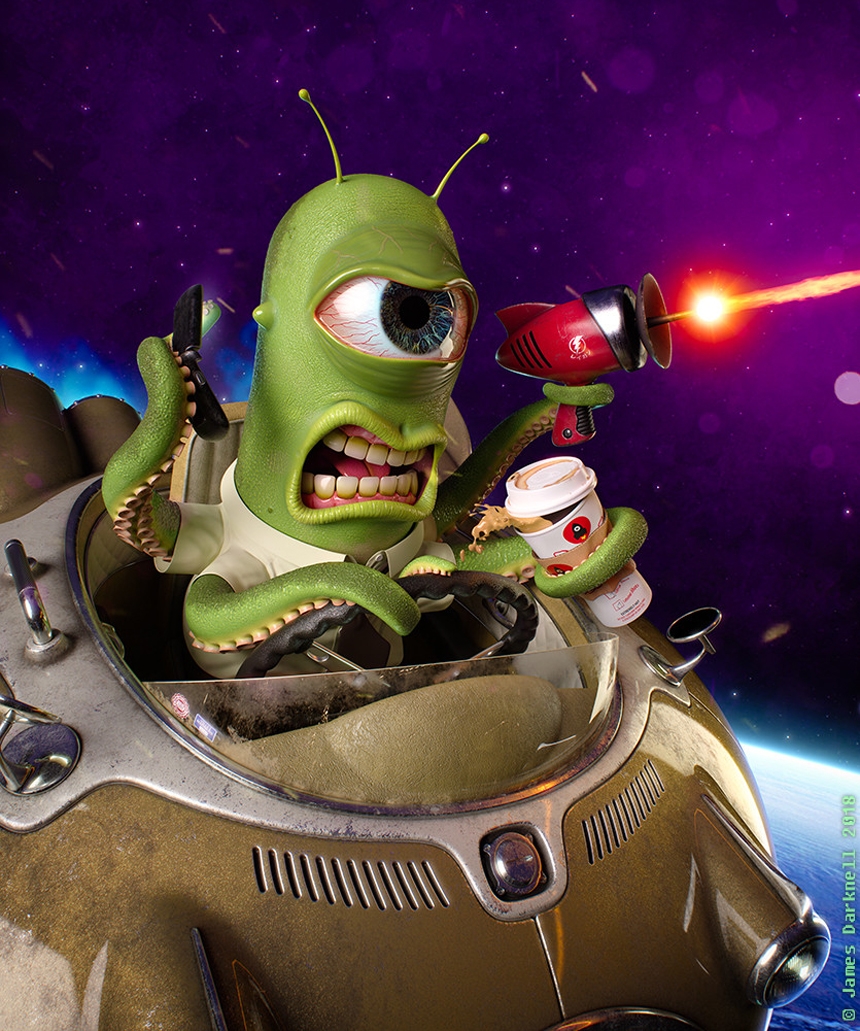 “When I'm working on personal illustrations, I will often have an idea of the mood I'm going for, but not a speciﬁc idea of what lighting will produce that result. For instance in ‘Road Rage’ I knew I wanted to make a lot of interesting surfaces and have a bit of chaos in the mix, HDR Light Studio allowed me to explore a bunch of options really quickly, and get the control I needed for putting reﬂections and highlights in speciﬁc places so I can make sure the surfaces read really well. For the amount of chaos going on in the image, it was important that the viewer could see clearly what was going on.”

James’ advice to budding 3D artists is to be conﬁdent and to push themselves both technically and professionally. “Put yourself out there. Take a chance and be conﬁdent in your abilities, regardless of your skill level. For many years I felt I wasn’t at the level I wanted to be at - because I would compare myself to the best of the best - but I have grown the most when I got out of my comfort zone and worked on stuﬀ I didn’t think I could have done previously. I’m always trying to push my skills further and learn as much as I can. Usually when I'm working on a piece, I have tutorials playing from YouTube on my second monitor - for diﬀerent kinds of things too: painting, drawing, Zbrush, Marvelous Designer… I think it’s important to keep well rounded and know all the tools that are available.” He stresses the importance of self-promotion and networking for an artist at any stage of their career. “It’s very important to meet folks in the industry. Pretty much all the work I've gotten has been through folks I knew and worked with. There are so many avenues to promote yourself these days. Take advantage of what’s out there - go to conferences and meet people and keep in touch with them."

James is currently working on a number of personal projects with HDR Light Studio ready and waiting as his go-to lighting tool.