The Hum3D Car Render Challenge 2019 event ran from 18 September - 4 December 2019. We were thrilled to be sponsoring it with a wide range of HDR Light Studio prizes, plus our co-founder Mark Segasby was also a judge.

The aim of the contest was for the participants to create a 3D model, place it in a 3D environment and then produce a beautiful render. The winners have received an array of prizes, including HDR Light Studio, V-Ray, Redshift, Corona Licenses and much more!

So, without further ado, the winners of the Hum3D Car Render Challenge 2019 are... 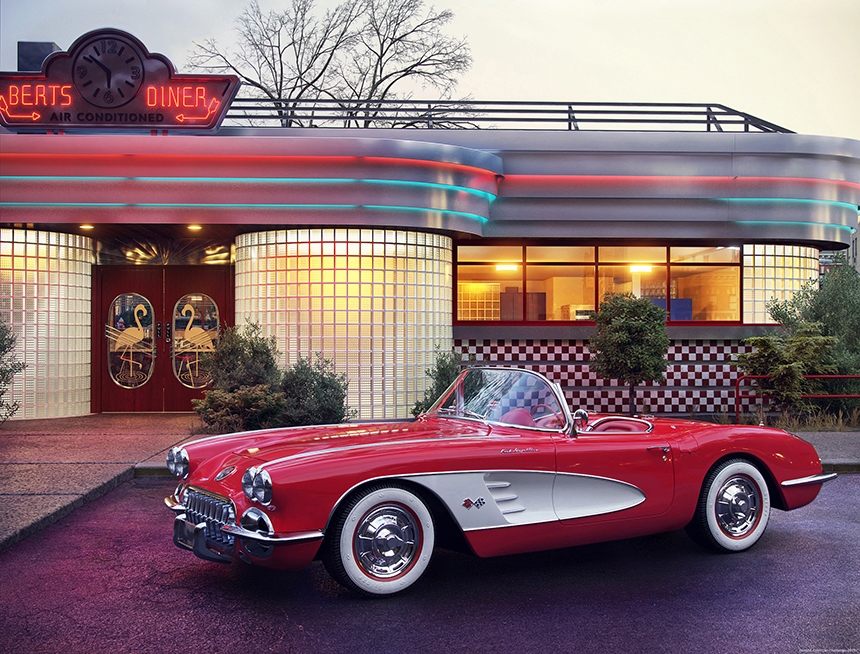 "My interest in CGI began during early adolescence. When I was around 15 (now I’m 31), I started working with 3D software myself. However, learning was everything but easy back then. There was no one who could teach me and educational resources were hard to come by. Fortunately, passionate as I was for CG, I was able to learn a lot on my own. Of course, after many years of learning, resources became available. I did not restrict myself and learning 3D modelling, texturing, lighting and rendering I even learned animation. I always tried to update myself and learn more. Because I love 3D!"

When Ehsan Darvishi decided to participate in the contest, there was only 10 days left (not a lot of time!). Despite not having the time and ideal hardware for the job, he managed to finish his render in 9 days!

Mark Segasby, being among jury members, has expressed some deep appreciation for the project:

“This is a very accomplished piece, the car is perfectly modelled and beautiful. It feels straight out of the 50s, with the authentic diner in the background. As an image, the whole things work really well and has a very photographic feel. I feel the framing of the shot feels like a photograph from that period. There are certain bits of this I would improve that I have issues with. I’d love to get a bit clearer visual separation between the car and the background…the shot kind of feels a bit busy. I’d love to see different lighting treatments, maybe dusk, with a darker sky. I think the white sky above the diner is pulling your eye up, whereas a dark sky would help you focus on the car. In the end this is a car modelling and render competition and this classic hits the spot for me. This image is like a time capsule, a perfect piece of America”.

"I spent the first couple of days of the challenge just reading about Ayrton Senna and getting to know the character. Doing this research somehow got me even more engaged and excited about the project, and it gave me a clear idea about what feelings I wanted the viewer to have. After that I quickly blocked out the scene in 3D so I knew what I had to model and which parts of the cars I needed to detail the most. Then I started modelling the car and adding in details in the scene starting with the most important objects working my way to the background with the people, the trees and the birds in the sky. I tried to make every detail in the image contribute to the story. I spent almost all the time after work refining the scene and adding smaller and smaller details until I literally couldn’t fit more geometry into the memory of my computer. The biggest challenge was to make the composition easy to read and not make the image come off as too chaotic. To get rid of some of the visual noise and unnecessary background details, I used a lot of mist that separated the foreground from the rest of the scene. I was also struggling a lot with the colors and I don’t think I ever really got them right." 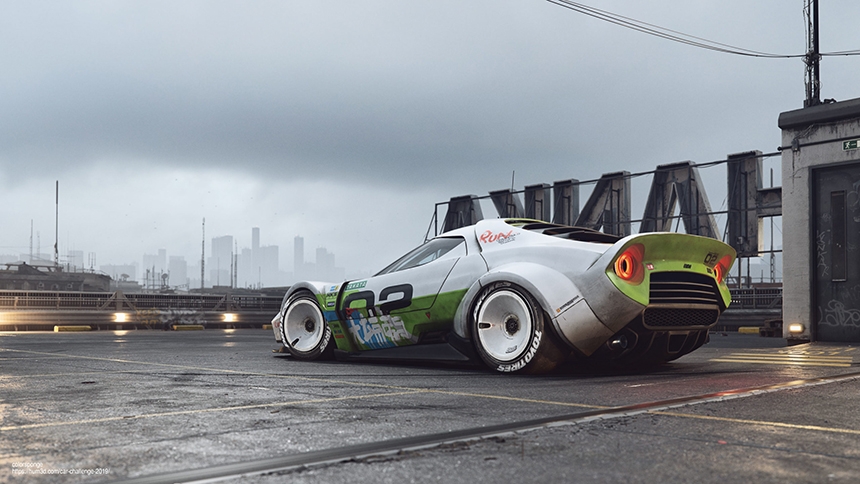 "I’ve been involved in the CGI world around 16 years, but only in the last 4 working professionally as an automotive CGI artist. In this project, I spent around a few days to finalize the design, 1 week modelling the car and 4 days the environment. Definitely, the main challenge to me, as usual, is the lighting and composition. The crucial process where doesn’t matter how good could be your idea and design if your lighting and composition are wrong." 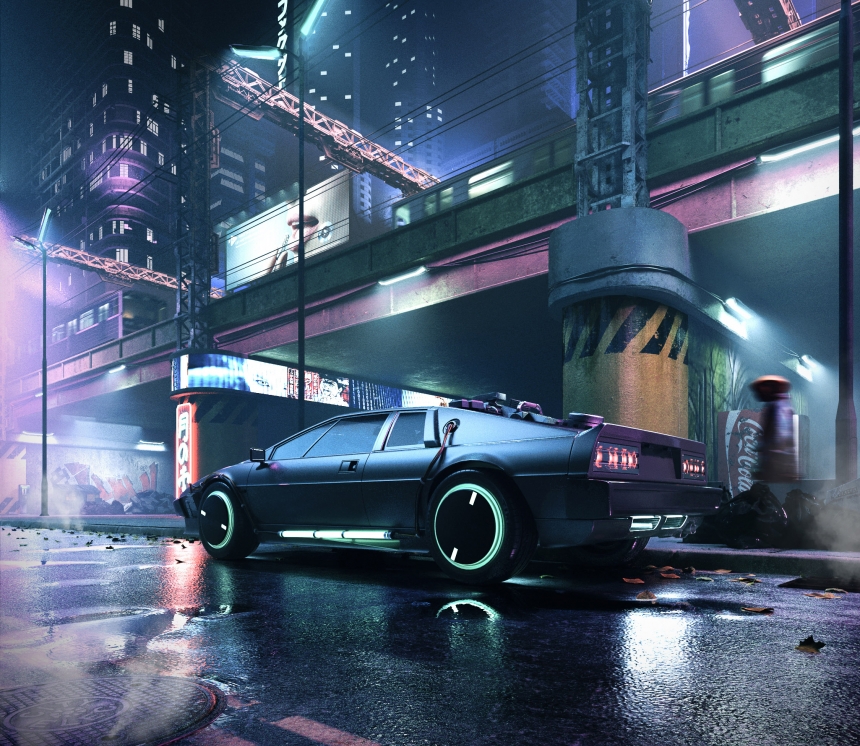 “It’s the entry for us where the lighting has played the largest part in the success of the final image. We like the feel and coloring of the pink and green lights in this night time shot. The black satin car is described only with reflections of this lighting. We would like to see a bit more separation of the car from the background, with some rim lighting around the front of the car maybe. Plus we find the sign at the front of the car competing with it, and would maybe have had the car further to the right in the shot to avoid overlapping the sign. We increased the saturation on this image and found we loved it even more with more colorful lighting”.

Congratulations to all the winners!

Check out Hum3D's website to see a full list of awards given out and all of the entries, who would you have picked to win?