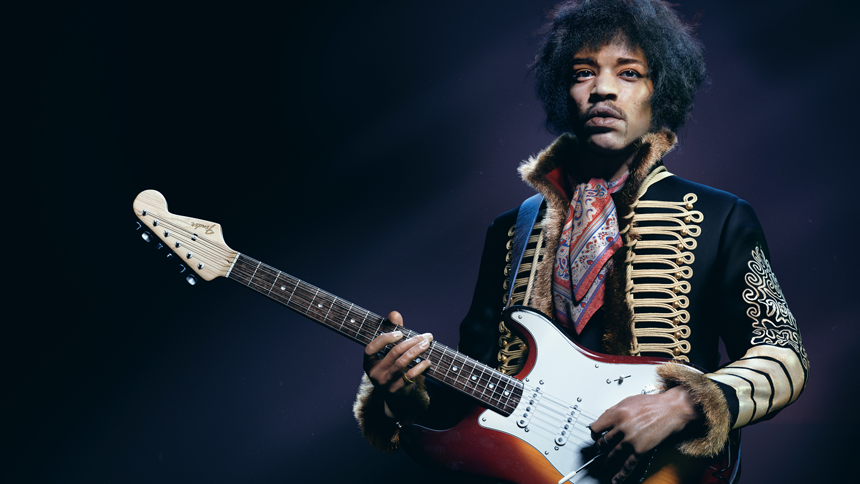 The word legend is invariably used far too frequently these days, but we are not mistaken when we share these stunning images of the legendary musician, Jimi Hendrix, created by the supremely talented Declan McGurry – with the help of HDR Light Studio.

As a 3D Artist at Schwak, this type of work is not Declan’s day-to-day. The intricate detail and lifelike nature captured in Declan’s vision of Jimi showcases a special example of his personal talent, but also a long-held admiration for the late musician. ”I have always been a big fan of Jimi Hendrix since my early teens, so he seemed the perfect muse to make something more lifelike, similar to the character renders that have started appearing within the industry.” 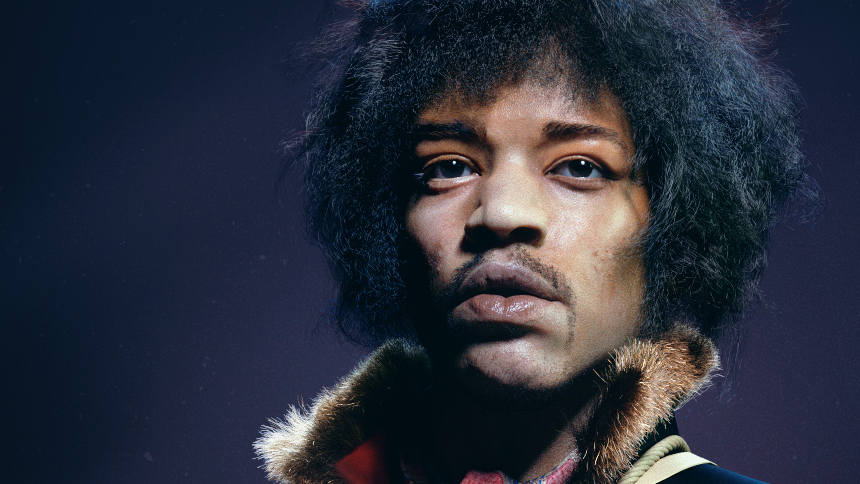 The wave of realistic imagery found in the 3D industry recently has only stimulated Declan’s thirst for experimentation. ”I’m fascinated in seeing where this area is going and I want very much to be a part of it. I have discovered how some of the pros are creating these types of renders since and, admittedly, I feel I never quite captured the likeness enough. However, I have to thank Mark from Lightmap who encouraged me to push the image further and include more dramatic lighting which I felt greatly improved the final render.”

Declan created all the modelling within Cinema 4D, including base meshes for the head and hands, whilst the jacket and scarf included extra detail and form through the use of Cinema 4D’s sculpt tools. ZBrush was used for high-resolution sculpted detail featured on the head, and displacement maps produced for VrayforC4D. A higher subdivision mesh was also exported from ZBrush back to Cinema 4D to maintain the finer details. 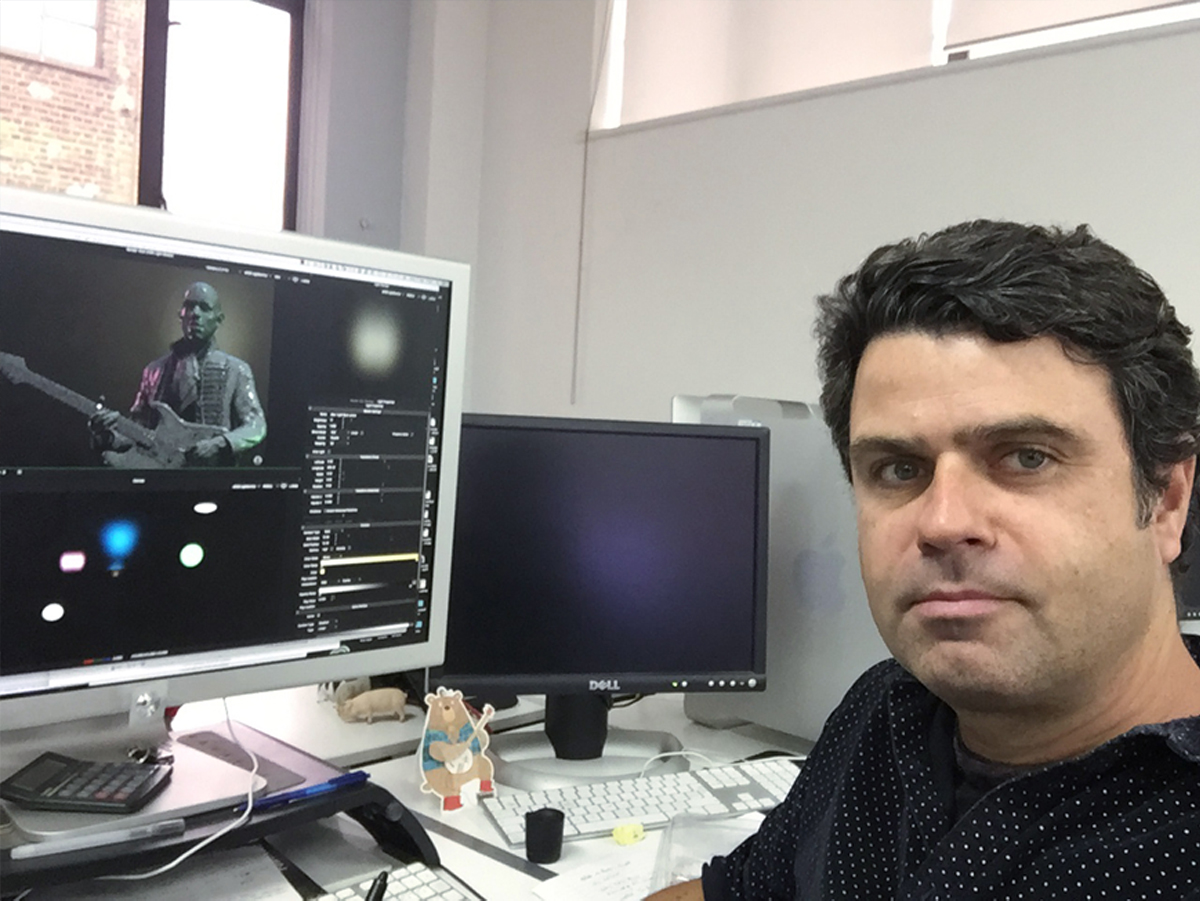 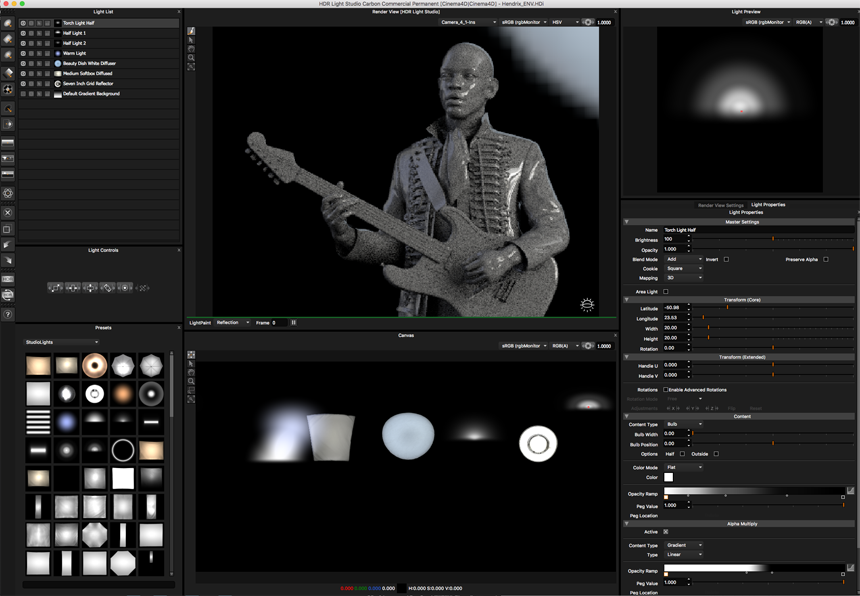 Everything but the hair was exported as a .DAE and imported into HDR Light Studio to create the lighting – all from a single HDRI map. The texturing was completed in Photoshop and BodyPaint 3D, whilst the hair was created in the Cinema 4D hair module using the AlHair material, a newly introduced feature to VrayforC4D, where there are around 15-20 hair systems. The skin on the model is an AlShader material, another new addition to Vray4C4d.

Declan experimented with a number of different lighting setups. Here is an example of a different treatment he used on the model of Jimi Hendrix. 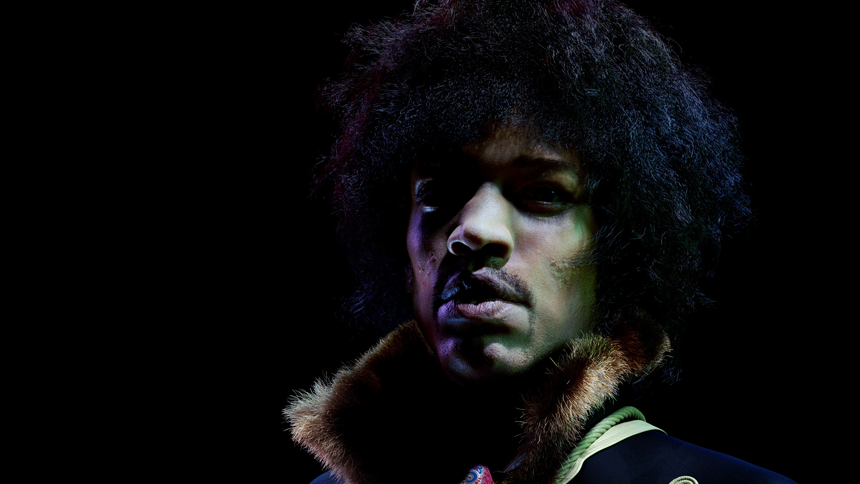 The versatility of HDR Light Studio enabled Declan to create more of an atmosphere, colour and drama to the lighting, whilst capturing the specular highlights in the eyes.

”It wasn’t my intention to use HDR Light Studio originally because you tend to think it more as studio lighting, plus I was concerned the model would be a little heavy to import. This wasn’t the case at all. And once I got the model in there it made it far more interesting to play with different moods.” 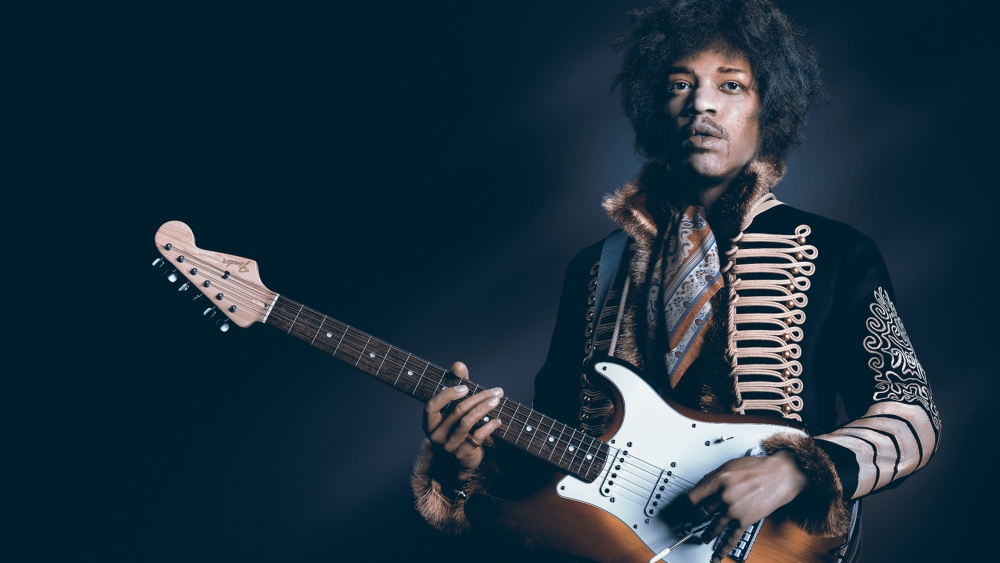 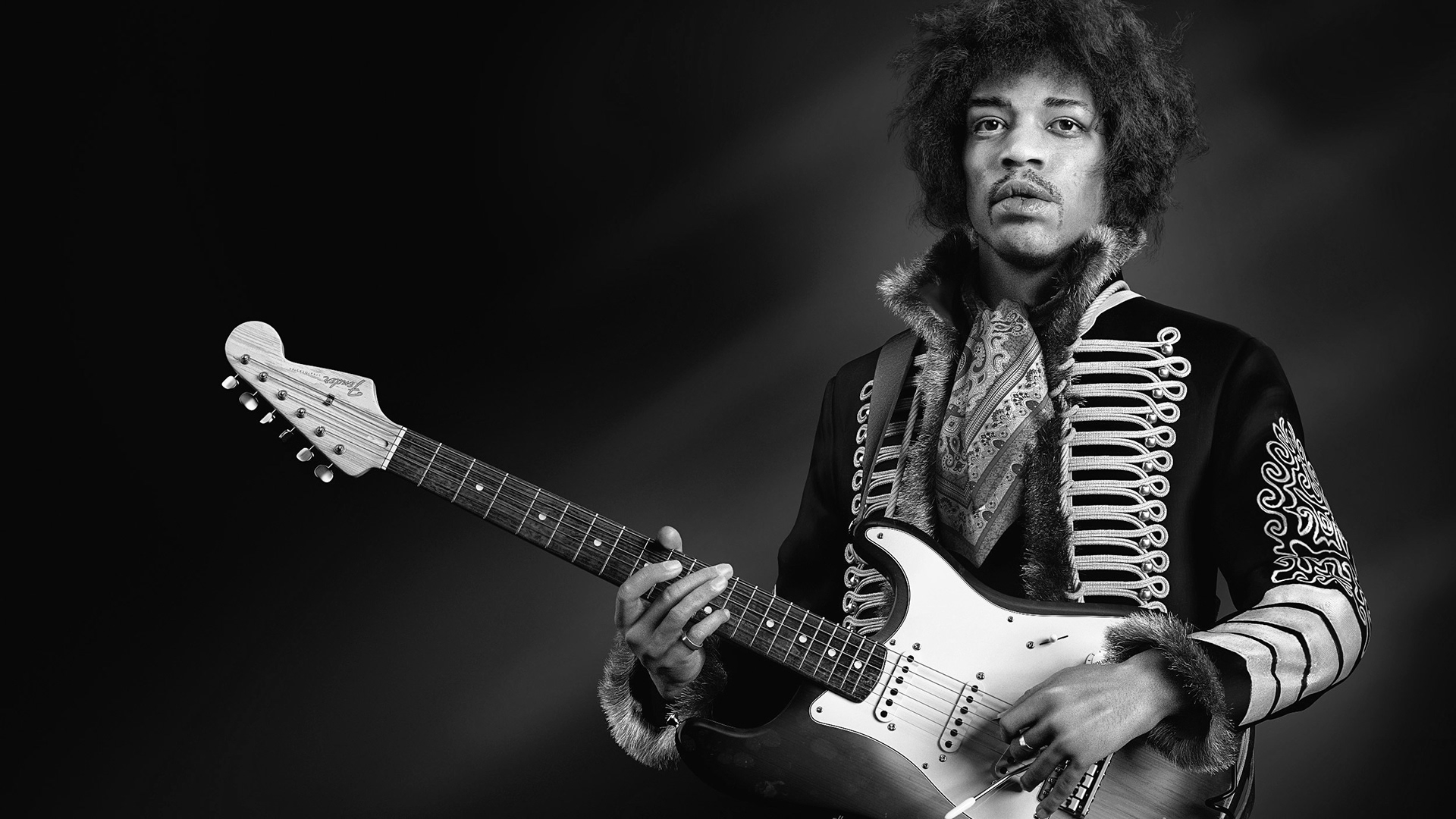 ”I selected a classic solo spotlight from the library for that lonesome stage look (somewhat Pre-Raphaelites, Rembrandt) which gave it the classic warmth one side, cold the other. It’s where the image started to get the feel of a composition so to speak.” 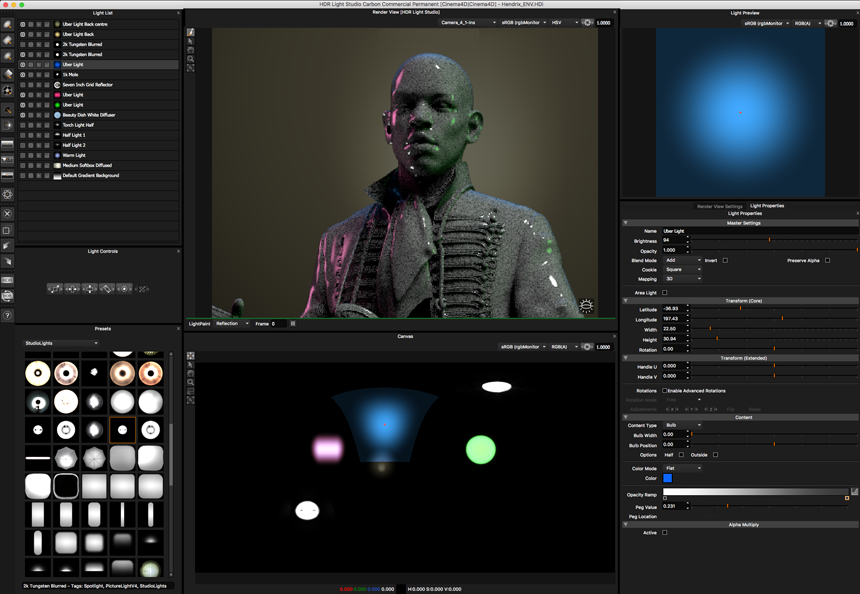 Thank you to Declan for sharing this stunning set of images with us – the project is a masterpiece. We will be featuring Declan and his work as an artist at Schawk in more detail with a full-length feature in the near future. In the meantime, follow more of Declan’s work here: www.behance.net/DM3D