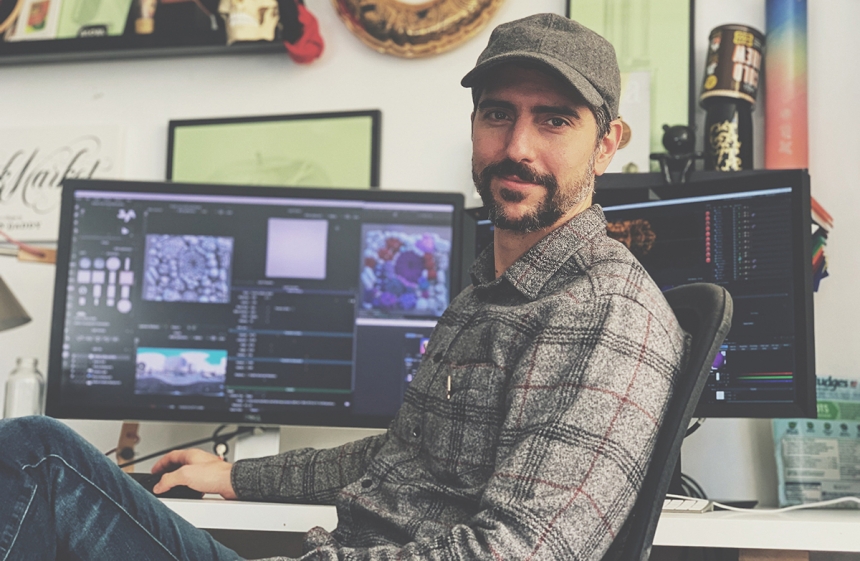 Alex Trochut is a multifaceted artist known for his CGI illustration, typography and animation. Alex has worked for a diverse range of clients in the advertising, editorial and music industries. His portfolio includes campaign images for Coca-Cola and British Airways, album cover art for The Rolling Stones and Katy Perry, as well as typography for articles in The Guardian and Vanity Fair.

Alex grew up in Barcelona and became interested in graphic design at a young age:
“I was looking at record covers, skateboard graphics, video game covers. That visual communication really excited me and I just wanted to be part of it. I decided I would enjoy pursuing the career of graphic design.”

Alex studied at Elisava Escola Superior de Disseny, the Barcelona School of Design and Engineering. “Little by little I started to learn the differences between illustration, design, and typography and started to think about how everything could be mixed.”

After his studies Alex established his own design studio in Barcelona, but in his early thirties he made the decision to relocate to New York. “It was a moment where my personal life was pointing in that direction and at the same time my agents - who were helping me to get jobs in illustration - were really pushing me to just try it. I thought ‘What the hell, if I don’t do it now I will never do it.’ I definitely didn’t want to find myself asking the question a few years down the road: ‘What if I had moved to New York?’ These days I think professional careers can flourish everywhere, but there is something about being in New York - it gives you a surrounding of high achievers, people who just want to stay ‘on’ all the time, and that helped me out and made me a better professional.” 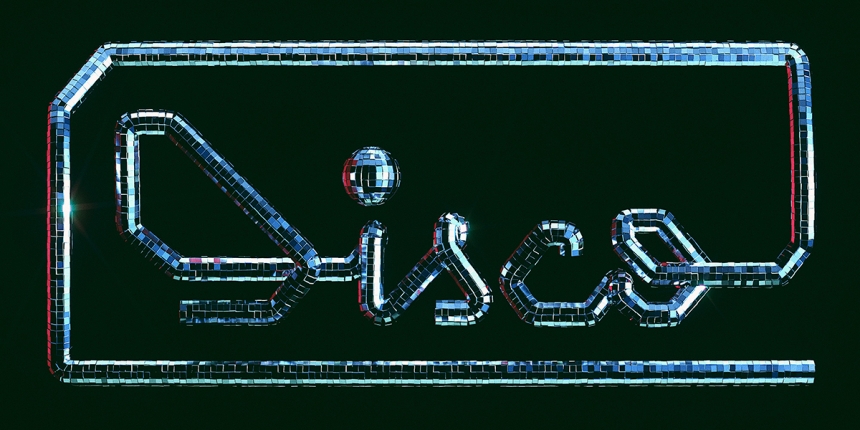 Alex’s designs have won numerous honours including the D&AD Pencil in 2017 and 2018, and awards at the Cannes Lions International Festival of Creativity. He has lectured on the art of typography and hosts his own online lettering course.

Alex attributes his success as an artist to pursuing his passion and trusting his decision-making. "I think there’s a natural instinct within everybody to do what you are attracted to. There’s a fun magnet to certain things and everybody is attracted to something different. You can’t always rationalise it, it’s just the thing you get lost in. I think that is the best thing you can do for your own career: just follow your instinct and what makes your heart beat."

“My main focus is letters. Letters are a very interesting medium because the text and the content of the messages that you are working on are normally not chosen by you, but by the client, and that gives you a framework of space you need to get into in terms of meaning. For example, someone might tell you they want to make a gift card that says ‘Thanks!’, or someone might want a logo for a rock ’n’ roll band, or have a project that is advertising sneakers and needs to embody the materials of the sneakers in the text. There is always a forced change within the letter design and what you need to do as an artist is to make people feel - on top of understanding the text. That is something that pulls you in two different directions and is very exciting.” 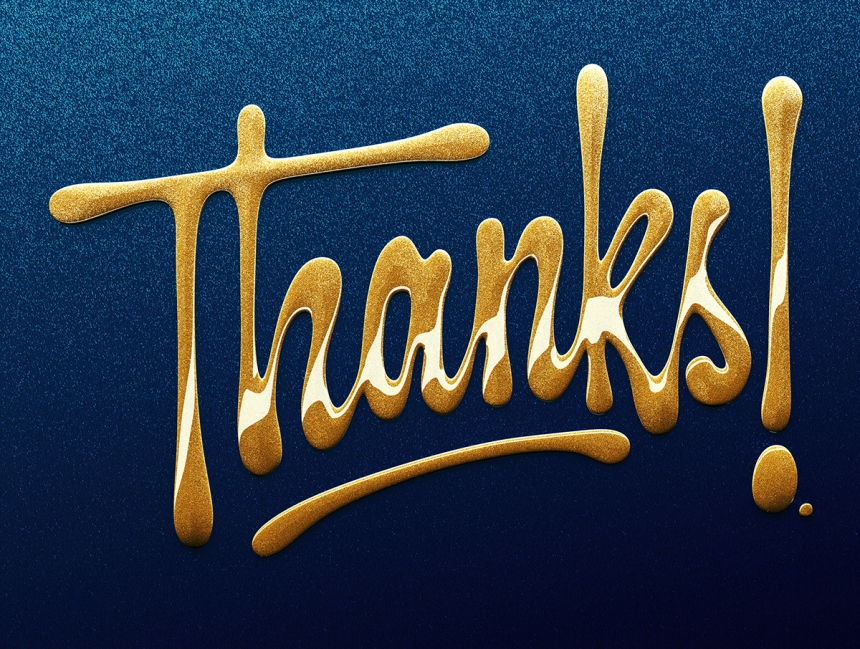 “Working with CGI and illustration are just better ways to express those meanings. I’m excited about what can be achieved when you add movement to letters because you can start very abstract and then suddenly, with a movement, you can reveal the text and the meaning. We have a huge white canvas in front of us in that sense.”

“Every creative goes through a struggle in order to create something new and good. The process of discovering something is like going through a crisis: solving a puzzle that you are not able to see until, finally, you do see it - that’s the cycle of any good project.”

Alex cites keeping up with ever-developing technology as the main challenge of his career. "I started in the world of print nearly twenty years ago - anything that I studied then in terms of software and technology has disappeared. I faced a huge change of cycle when I had to move on from hyper-realistic vector graphics, Photoshop gradients and digital airbrushing to something way more realistic and physically real - like 3D. It was a very challenging thing to overcome while working as a freelancer because I had to find time to learn the new stuff whilst I was working."

"For my projects I use a limited amount of 3D, modelling, texturing, lighting and animation, skimming the surface of many things. I’ve been learning a lot with the help of my studio mates. One of them is Freddy Arenas - instead of allowing me to hire him, he said: ‘I am going to teach you to work with Cinema 4D,’ and he’s been doing so for the past five years. Now I’m working with Redshift, Octane Render, Substance, and, of course, HDR Light Studio."

Alex first encountered HDR Light Studio when working on a freelance project for Leon Studio. "I was art-directing a project with Javier León Carrillo and we were struggling to get the lighting right. In the end, Javier and I shared screens and he showed me where to put the light. He was using HDR Light Studio and I was amazed because he wasn’t moving the light, just pointing to whatever part of the object needed light applying to it. It was pretty nuts and from there I just understood it and I loved it." 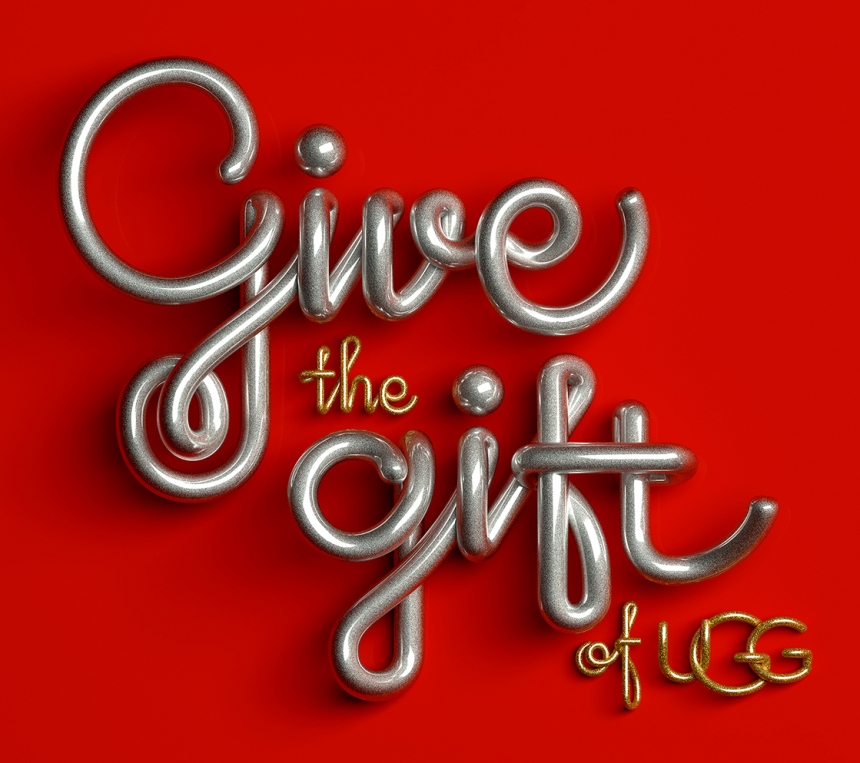 "Those still life projects are where HDR Light Studio comes in so handy - I use it on any project where I work with a static image. What is revolutionary is that the process of lighting is inverted. Of course you are applying the light, but at the same time you are seeing the outcome of what the light does on the object. HDR Light Studio helps me to control the light in a very intuitive way. I don’t need to put light on the object and see how it looks, I can plainly just draw light on top of the object - I love that part and it is super helpful. Using the program makes me wish for a deeper understanding of lighting."

"Recently I was working on a project for Seltzer Water called Truly. I needed to create some sort of image that represented the flavours of the drink - wild berry fruits - so I created a sub-body animation where all the objects were colliding in a very squishy and juicy way, texturing them with suede and velvety textures. When it came to lighting the objects, I could place all the lights very easily and try out many different things fast - this allowed me to work with Redshift and get quick feedback on how things looked."

"I work a lot with HDRI images within HDR Light Studio and I also combine them with spotlights closer to the object. That’s something that many times I have combined - general lighting with HDR light, focusing on small objects with spotlights in the scene." 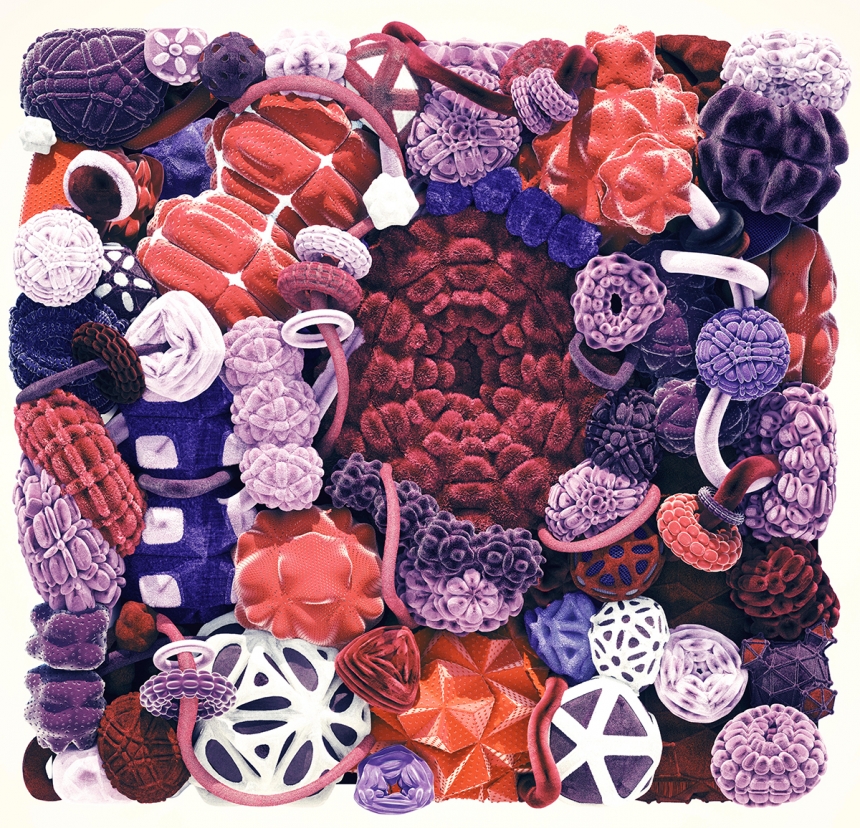 Alex’s future plans involve delving deeper into the possibilities of technology in order to progress as an artist. "I’m very much learning from everybody and just hope to keep doing so and listening carefully. I want to learn more about HDR Light Studio and will have it set up constantly in my workflow. I would like to keep evolving as an artist and be connected with the technology as much as I can."

"These days are a creative revolution - things are happening so fast. Technology is allowing for anything that can be imagined to be almost real, if not real completely. It’s kind of like being a photographer of your own imagination and I think that is fantastic. When I started to work as a designer and illustrator I used to look at pre-digital art from before the 1980s and admire the total control of talent and craft of those artists. In the early days of the digital era I felt that everything was reduced to basic solutions and that things were not as beautiful as they should be. Now, we are beyond that - technology has given us all the control we can have and it is up to us as artists to dominate that language. The possibilities are there to get us anywhere we want."

Check our more of Alex's work on his website here.