Looking back on 10 years of HDR Light Studio

HDR Light Studio was created by brothers-in-law Mark Segasby (me on the left) and Simon C Smith (right) and was launched in February 2009. HDR Light Studio is 10 years old this year. I'm a 3D Product Designer who always had a passion for photo real visualization. Simon is a programmer who was working in the computer games industry at the time. 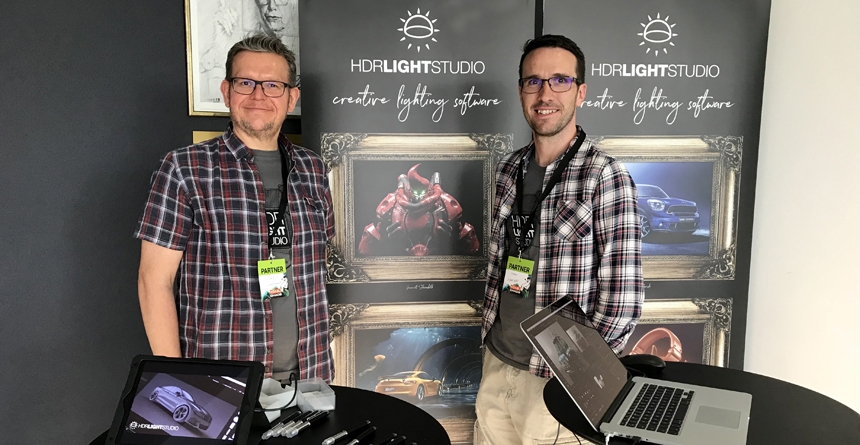 It began after we met up for a curry and the conversation turned to the recent developments in interactive rendering and the need for real-time lighting tools. The conclusion was that HDRI maps needed to get interactive. It sounds cheesy, but the idea was literally sketched on a napkin. A few weeks later Simon had coded a crude version of a HDR canvas, where light shapes could be moved and were correctly distorted on the lat-long map. He emailed the software to me as a surprise, and the HDR Light Studio journey had begun.

At this point, HDR Light Studio was purely an in-house tool for making HDRI maps for my own visualization projects. Over the coming weeks, the software was refined, gained a nice simple user interface and developed into a fully-fledged software product that was easy to use. Simon and I made a good team. I used my design skills to make the interface look and work as I wanted, and Simon coded it. We were doing it for the fun of it as much as anything.

I showed the software to Al Dean, the editor of Develop 3D magazine, and he asked how much the software was to buy and where can people get it. He also wanted to do a review of it in his magazine. We hadn't considered selling the software up to this point, but we did now, so we quickly put together a web site and decided on the product name 'HDR Light Studio'. Other contenders were HDRI Maker and Lumen Rig.

At this point we also needed a 3D model we could light that would show off what the software could do. The best shape to demonstrate the lighting effect of a HDRI map is a simple sphere, with its surfaces pointing in all directions, showing all of the lighting and reflections coming from the HDRI map. I started with a sphere in SolidWorks and decided to chop off the bottom and add a few features to it and ended up with a kettle design (I am a product designer). It was by no means an attempt to craft our very own RenderMan teapot, and it wasn’t even a nod to the historic Utah teapot that has been a standard reference model in 3D graphics for years. Our kettle model has become synonymous with HDR Light Studio over the years and when we incorporated our own Renderer inside HDR Light Studio, this kettle was the default model that was loaded. Anyone who has used HDR Light Studio over the years will be very familiar with it.

Our first review in Develop3D magazine

Our expectations were not high when we launched HDR Light Studio, we were just excited to see what would happen once the web site and Al's review went live. Our first customer was a guy called Frank Zwick from Germany. A few minutes after his purchase, he emailed to say that there was a bug. We had made a last minute change prior to releasing the software and for some reason when you pressed the Rect light button it made a Round light instead. Oooops, that was embarrassing. We fixed it straight away and uploaded a new build. We didn't have rigorous QA back then like we do now. We are pleased to say that Frank remains a customer and user today.

By Frank Zwick - Our first customer

Within a few months, and to our surprise, HDR Light Studio had quickly gained an enviable customer list with major car studios, product manufacturers and 3D artists worldwide. Word spread fast and via the wonders of internet forums and blogs. We only expected people to buy it to use with progressive renderers that relied on using HDRI maps, like HyperShot... but customers were buying it to use with all 3D software and renderers. Users loved the image quality that HDRI map lighting provided and really liked being able to create their own custom maps quickly.

The brochure for our first live connection

Our first live connection of HDR Light Studio to 3D software was with Deep Exploration developed by Right Hemisphere. I remember getting a phone call from Mark Thomas their CEO who wanted to use HDR Light Studio to make some HDRI maps to ship with his software. I told him a better idea would be to create a live bridge between HDR Light Studio and Deep Exploration. This way, their customers could create the perfect lighting for each shot and not be limited to the 'test and hope' strategy of using a library of HDRI maps. He agreed it was a good idea and we worked together to create our very first live connection between HDR Light Studio and a 3rd party app. This was released in January 2010. This paved the way for many more collaborations and live connections in the future. It also helped for us to be taken seriously by other potential partners.

It wasn't long until Simon and I had a big decision to make, to quit our day jobs and work full time on HDR Light Studio and the Lightmap business. We saved up enough money as a buffer and then took the plunge, and we have dedicated ourselves to HDR Light Studio ever since. 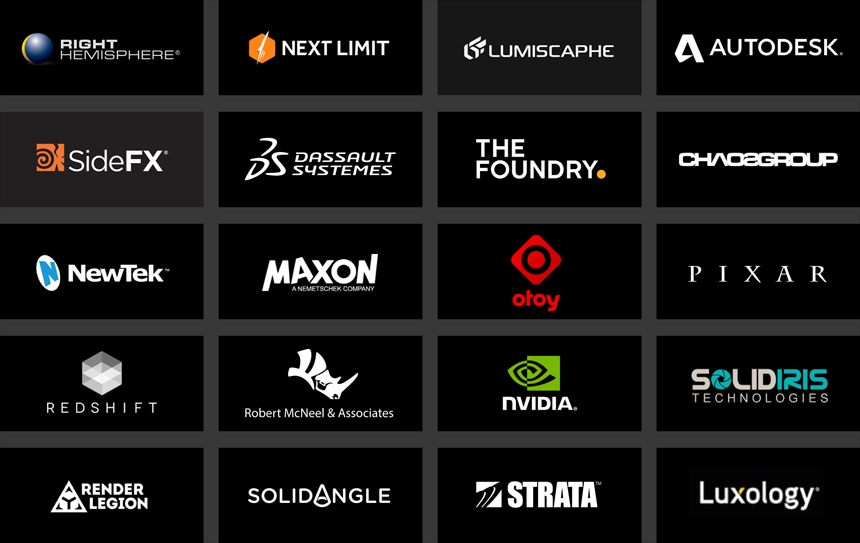 I have always realized that we stand on the shoulders of giants here at Lightmap. HDR Light Studio is just a part (an important part) of the image making machine - working with, but totally reliant on the brilliant work of the geniuses behind the 3D software and renderers. Lightmap have many partners that have been very kind to us over the years and been supportive of what we do. We are very grateful for this. As we are for our staff past and present, customers and resellers – many we now count as friends. We still love being a part of this industry and seeing what customers create using our tools.

Let's have a look at some key moments below in the history of HDR Light Studio. Can you remember your first version?